The president spent the Martin Luther King Jr. holiday weekend, Jan. 12-15, at his house on Mar-a-Lago where no public events occurred.

President Donald Trump on Tuesday greeted, met with and held a joint press conference with President Nursultan Nazarbayev of Kazakhstan.

The president later delivered remarks at a “Conversation with the Women of America” event.

President Trump participated in a meeting with Defense Department officials at the Pentagon on Thursday.

Later that day, the president toured H&K Equipment in Coraopolis, Pennsylvania and delivered a speech to the company’s employees. 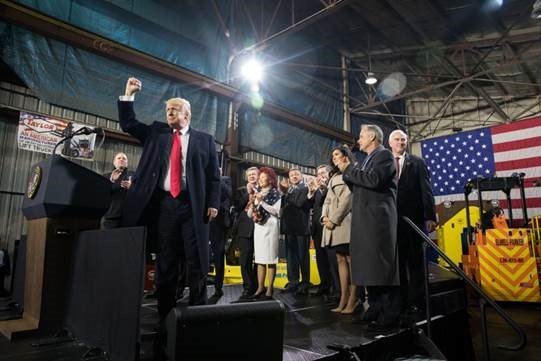 On Friday, President Trump addressed participants in the 45th Annual “March for Life”

The president and first lady had originally planned to stay at their home on Mar-a-Lago for the weekend, but they canceled the trip due so that the president could continue to pressure Democrats to end their illogical shutdown of the U.S. government.