The Twitter account for WikiLeaks founder Julian Assange, @JulianAssange disappeared – then re-appeared a shadow of its former self. While the account went missing, those trying to go to his official Twitter page get this: 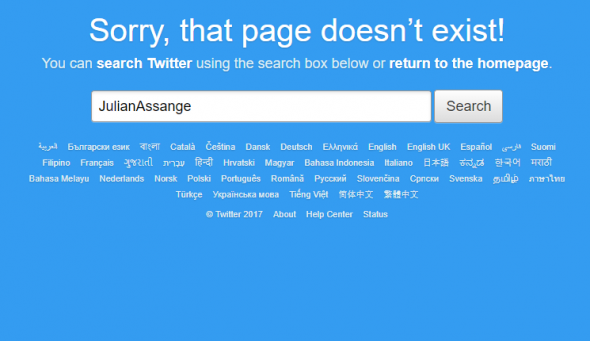 The account was wiped from Twitter sometime Christmas Eve leaving many to guess whether the social media company deleted his account before a supposed new blockbuster release or if Assange erased the account himself. Some have gone so far as to assume a hacktivist group.

“It appears Julian Assange’s wasn’t suspended by twitter but was hacked and deleted,” one Twitter user wrote, but no evidence was supplied to back the claim.

As far as I can tell, there's no confirmation that Twitter removed Julian Assange.

There's also no confirmation that he deactivated or deleted his account.

But rest assured, folks will rush to conclusions just as fast as their keyboards will carry them.

Neither Twitter or Mr. Assnage have offered an official explanation for the deleted account, but just before 10 AM EST on Christmas Day, Julian’s account re-emerged on Twitter, but something wasn’t quite right with it – someone had removed most of his followers. Assange had over 120,000 followers before the deletion. 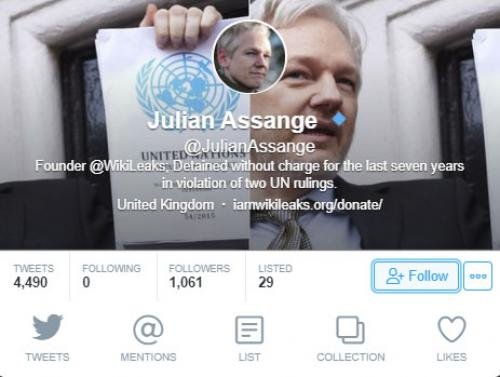 Support Conservative Daily News with a small donation via Paypal or credit card that will go towards supporting the news and commentary you've come to appreciate.
Tags
Julian Assange Twitter WikiLeaks