A recent survey found that while current college attendees believe that the schools should ready them to enter the workforce, but those running institutions of higher learning disagree.

That’s one of the findings in the AGB 2017 Index, a report that includes a survey of college board members. A large majority of students cite workforce preparation as their primary reason for attending college.

“In particular, 85% of students say that getting a better job is a very important reason for them to go to college,” the report said. But, board members have different priorities. Just 22% of college leaders believe that the most important thing they can do for graduates is to prepare them for their careers. 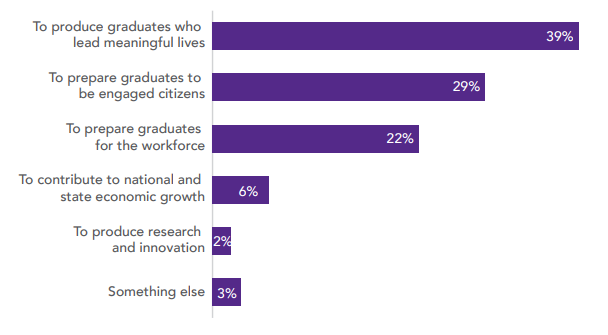 The findings put college leadership at odds with the students they serve just as costs to attain a degree skyrocket.

Business leaders have also expressed concern with the skills graduates possess when they enter the workforce.