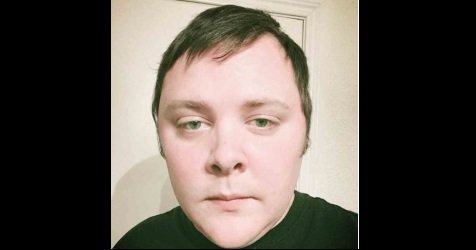 Devin Patrick Kelley was identified as the gunman who killed 26 people and wounded another 20 at a South Texas church on Sunday and a legal loophole and serious human error may have allowed the mental health patient and serial abuser to get the gun he used.

What Happened in Sutherland Springs, Texas

Kelley drove up to the First Baptist Church in Sutherland Springs, Texas at around 11:30 a.m. dressed in black tactical gear and opened fire with a Ruger AR556 semi-automatic rifle first from outside the building. He then entered the church and began shooting parishioners.

While in the church, the gunman walked up and down the man aisle shooting parishioners at point-blank range and reportedly targeted babies. At one point, he shoots those already hit and laying on the ground to make sure they are dead. Only a handful of those inside escaped unhurt.

Upon exiting the church, a witness said that another man engaged the shooter with his own rifle then Kelley dropped his gun, got into a vehicle and left.

“I pulled up to the intersection where the shooting happened and I saw two men exchanging gunfire,” Johnny Langendorff said, noting the shooter and another local were shooting at each other.

Law enforcement officials have confirmed that Kelley had been hit during the exchange.

Once the gunman fled the church grounds in his vehicle, Langendorff said the other man came to his car.

“The other gentleman said we needed to pursue [the gunman] because he shot up the church,” he said. “So that’s what I did. I just acted.”

Local authorities said that Devin called his father during the pursuit telling him that he had been shot and “might not make it.”

Kelley was found dead in his car about 15 miles from Sutherland Springs, near New Berlin, Texas shortly after the incident. Monday morning news reports claim that the gunman died from a self-inflicted gunshot wound.

Three guns were found after the shooting. The Ruger AR556 rifle was recovered outside of the church. A Glock 9mm and Ruger .22 pistol were recovered in the suspect’s vehicle. Kelley reportedly owned a fourth firearm that was neither used in the attack or described by authorities. The shooter bought the guns, one each year. Two in Colorado in 2014 and 2015 and two more in Texas in 2016 and 2017. Less than a week ago, he posted a picture on Facebook of a Ruger AR556 with a red dot sight and tactical laser. 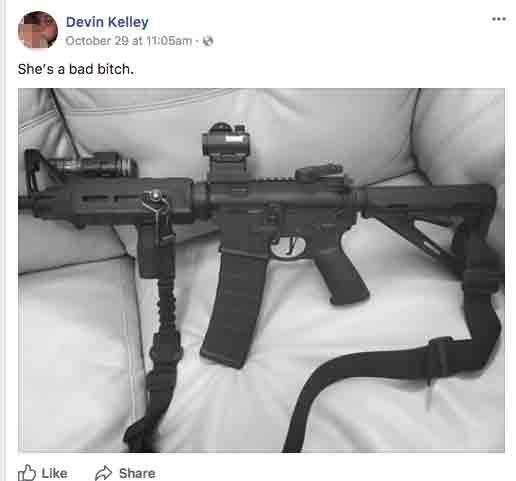 Who is Devin Patrick Kelley?

Kelley, 26,  went to high school in New Braunfels, Texas located between San Antonio and Austin on the I-35 corridor. Devin enlisted in the Air Force in 2009 after graduating from New Braunfels High School.

Devin was committed to a mental institution in Santa Teresa, New Mexico in 2012 from which he briefly escaped. He had been placed there after he made threats against his superior officers and attempted to bring firearms on-base. He was recaptured in June of 2012 at a bus station in El Paso, Texas. Kelley was stationed at Holloman Air Force Base near Alamogordo, New Mexico at the time.

He was court-martialed in 2012 for assaulting his wife and fracturing the skull of his step-child for which he was sentenced to 12 months in prison, demoted to airman and given a bad-conduct discharge – not a dishonorable discharge.

Kelley was later arrested in Texas for animal abuse. Officials say that Devin had allegedly repeatedly punched his dog. His case had not gone to court as of the time of the shooting.

Devin Kelley’s current address is listed as New Braunfels which is about 35 miles north of the town in which the shooting took place. He also had an attachment to Sutherland Springs as his mother-in-law has a P.O. box there. It is not currently known if she actually lives in the town or if the shooter’s wife and child are staying with the mother-in-law.

Why did Kelley Attack the Churchgoers?

The FBI agent in charge told reporters Monday morning that there was a domestic situation going on between Devin Kelley and his mother-in-law. Kelley had sent multiple threatening texts to her and his in-laws normally attend the church he attacked. The mother-in-law was not in the church at the time of the shooting, but he did kill his grandmother-in-law in the shooting.

How did Devin Kelley get the gun?

Being committed to a mental institution is grounds for prohibiting a person from obtaining or possessing firearms. It is a question on the federal form 4473 that he would have had to lie about. The fact that his adjudication as mentally unfit was not entered into the NICS background check system is one of at least two major issues that allowed a legally prohibited person to obtain a gun.

The Air Force admits that it failed to enter his conviction for domestic violence into NICS. Current law and regulation don’t include military convictions in their verbiage, but unconfirmed reports say that Pentagon policy does. The confusion likely lead to the second circumvention of current background check law that allowed Kelley to purchase firearms through otherwise legal means.

A bad-conduct discharge (BCD) is treated differently than a dishonorable discharge. The federal background check performed before the sale of a firearm would not have revealed the arrest or conviction which is why Kelley was able to purchase the rifle at a San Antonio Academy Sports store in April of 2016. The military does not report domestic violence convictions to the National Instant Criminal Background Check System (NICS) which would have been another flag that would have nullified the sale. As the case was tried under the Uniform Code of Military Justice (UCMJ) instead of the U.S. Code, Colorado State code or Tribal law, Kelley truthfully answered “no” to the background check question that asked if he had ever been convicted of a “misdemeanor crime of domestic violence.” Legally, that charge is “a misdemeanor under Federal, State, or Tribal law” which, unfortunately, his conviction was not.

Texas Governor Rick Abbott (R) said Monday that Kelley had applied for a carry permit from the state but was denied. It is unclear what criteria Texas used to deny the permit and why it did not apply to the background check at Academy Sports.

The Air Force has come out saying that a bureaucratic error was responsible for his misdemeanor (requiring no more than 1 year in prison) domestic violence charge not being entered into NICS which is in agreement with CDN’s earlier reporting.

“Air Force Secretary Heather Wilson and Air Force Chief of Staff Gen. David Goldfein directed a complete review of the Kelley case by the Air Force Office of the Inspector General,” Air Force spokeswoman Ann Stefanek said. “The Service will also conduct a comprehensive review of Air Force databases to ensure records in other cases have been reported correctly.”

The Inspector General’s investigation will likely reveal the loophole in the NICS reporting regulation that limits it to Federal, State or Tribal law violations of which Kelley was not convicted. It is likely that the IG will recommend the addition of UCMJ domestic violence convictions to the NICS system and the verbiage on the form 4473 used for firearm background checks.

Some reports have stated that the Pentagon has a policy requiring domestic violence charges be reported to NICS, but our requests for confirmation have not yet been returned.

Where is Sutherland, Texas?

Sutherland Springs is a small town about 20 miles east-southeast of San Antonio, Texas with a population of about 650 people. 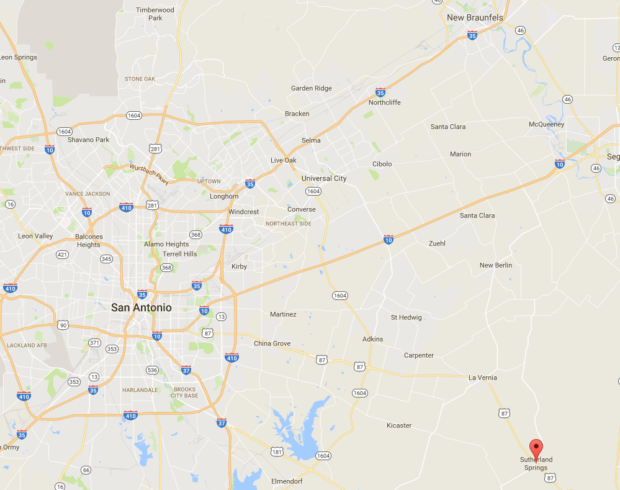 President Donald Trump spoke publicly about the shooting while speaking at a U.S. and Japanese business breakfast in Japan.

“Our thoughts and prayers are with the victims and families of today’s horrible and murderous attack,” he said. “This act of evil occurred as the victims and their families were in their place of sacred worship. We cannot put into words the pain and grief we all feel, and we cannot begin to imagine the suffering of those who lost the ones they so dearly loved.”

First Lady Melania Trump also expressed her condolences for the people of Sutherland Springs saying in a Tweet, “Our hearts are with #Texas.”