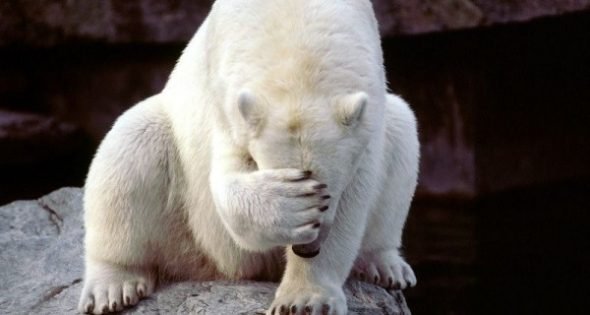 Republicans in Congress are good at one thing – snatching defeat from the jaws of victory. An announcement last Friday that they’ll buckle to Democratic party pressure and add a fourth tax bracket could turn President Trump’s tax reform into a ho-hum affair for the economy and a win for progressives.

House Speaker Paul Ryan made the case for another tier in the tax plan by echoing Democrats talking point that reducing marginal rates only benefits the wealthy.

“That’s why we’re introducing the fourth bracket, so that high-income earners do not see a big rate cut and that those resources go to the middle class,” Ryan said on CBS last week.

In truth, Republicans aren’t including it as some way to benefit the middle-class – that doesn’t even resemble logic. No, the GOP is once again surrendering to false populist rhetoric from progressive Democrats.

House Minority Leader Nancy Pelosi tweeted Friday that “Congress should be giving middle-class families a break. Instead, GOP is borrowing from their kids’ future & putting #BillionairesFirst.”

President Donald Trump told Fox Business Network that he would “rather not” have the fourth bracket, but that he would agree to it if he felt that “the middle class is not properly being taken care of.”

Trump wants tax reform because he knows that if it is done well it will fuel the economy by incentivizing investment, creating jobs and will also generate more revenue for the treasury.

Democrats also know that cutting rates for everyone, including the very rich, will disprove progressive’s claim that it reduces government revenues, only benefits the wealthy and shifts the burden to the middle class.

They reported more income because the economy was booming and because they had less incentive to shelter income when rates fell. The Treasury benefited from more tax revenue, and the economy benefited from fewer politically distorted investment decisions. This is why higher rates rarely yield the amount of new revenue that proponents claim.

So cutting the top marginal rate did NOT shift the burden to middle-income families. In fact, quite the opposite occurred.

Democrats are hoping to use compromise in tax reform to undo the Reagan tax cuts. The booming economy that Reaganomics created has been a proof against their socialistic goals. The fact that top tax rates have moved from a 1986 level of 28% to now almost 40% and the economy has sputtered, should be enough to keep Americans from drinking the liberal Kool-Aid, but it’s not. And Republicans in Congress appear to be the first ones to the punch bowl.

Some Republicans concede these points but say they must keep the top rate high to counter the left’s claim that they are favoring the rich. Good luck with that. Democrats will find other reasons to play the envy card: Death tax repeal, cutting the corporate rate to 20%, cutting the rate for “pass-through” businesses to 25%.

If the GOP retreats and creates a 42-44% tax bracket, the tax reform will struggle to produce the vibrant economy that the 1986 cuts did. The treasury will also struggle to see a huge jump in revenues as it did in the Reagan years. That is the outcome the Democrats need to finally put “trickle-down economics” to bed and resume the tax-and-spend approach that has brought the economy its knees.

The only way that Republicans could add a fourth tax bracket and prove that Reagan-esque tax reform is better for everyone is to make the top rate 35% or lower, as it is in Trump’s plan, then re-organize the lower three brackets to 12%, 20% and 25% or some similar variation. The third bracket must stay at 25% or lower as should the corporate rate. Once the economy reaps the benefits of increased investment and government revenues rise, Conservative politicians should point to the success and push to reduce the top rate to 28%, the bottom to 10% and play their silly games with the middle two tiers.

Republicans have a chance to re-prove that Reagan’s Conservative tax policy is effective and beneficial to earners at all income levels, but I’m skeptical that they’ll be able to avoid the pitfalls laid before them by Chuck and Nancy.

Support Conservative Daily News with a small donation via Paypal or credit card that will go towards supporting the news and commentary you've come to appreciate.
Tags
Paul Ryan Republicans tax reform