Congress is currently considering revamping our tax system and reducing tax rates. Nearly all of the options being discussed for inclusion in the eventual tax reform bill are positives for our economy and for all Americans.

Among those proposals in the tax reform legislation are: reduction of the corporate tax rate from 35 to 20 percent, and reduction of small business rates to 25 percent; elimination of the so-called “death tax,” or estate tax; reduction of the number of tax brackets from seven to as few as three; closing many tax loopholes; elimination of the alternative minimum tax (AMT); increase the child tax credit; and double the standard deduction. Without exception, the benefits afforded such reforms far outweigh the negatives. 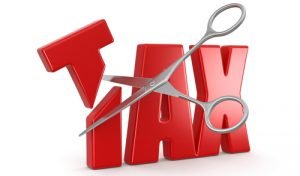 Reducing the corporate rate will reduce the penalty to successful corporations for doing business in the U.S., and inevitably increase growth and jobs with major corporations. Economists nearly unanimously agree, as well, that it will lead to the repatriation of trillions of dollars held overseas by those corporations.

The same holds true for the proposed reduction in the tax rate for small businesses. The SBA Office of Advocacy defines a small business as independent firms that have fewer than 500 employees, of which there are an estimated 29.6 million in the country. These firms create seven of every ten new jobs, and they employ just over half of the nation’s private sector workforce. The Office of Advocacy calculates that small businesses create more than half of the nonfarm private gross domestic product, and have created over 64% of net new jobs over the past 15 years. Reduce their tax rate, and small business growth, expansion, hiring, and services can grow exponentially.

The estate tax is one of the cruelest penalties ever imposed on productive and entrepreneurial citizens. After having income, capital gains, and property taxed for their entire lives, many farms and privately owned businesses must be sold in whole or in part, to pay the estate tax upon the demise of the business founder or owner. Not only is it unfair to once again tax a person after they’ve died, but the adverse effect on jobs and the financial health of their enterprises can be devastating.

Reduction of tax brackets and many of the loopholes (deductions) will greatly simplify tax-filing. Depending on how far the lawmakers are willing to take this, filing taxes with a single paper, or even a postcard, is not inconceivable.

Elimination of the alternative minimum tax will unleash increased productivity and profitability. The AMT is a supplemental income tax which is required in addition to baseline income taxes for higher income individuals and taxable entities. Its net effect on taxable entities and individuals is to dis-incentivize productivity and economic success.

Increasing the standard deduction and the child tax credit will benefit taxpayers at all levels, but especially those in the lower brackets.

Taxation is a critical component to our economic stability as a nation, both individually as well as collectively. Yet the understanding of the tax system by the average citizen, and how it affects our economic health, is woefully inadequate. Misperceptions, misrepresentations, and emotion-laced memes and posts do much disservice to the economically illiterate and obfuscate the truth about our tax rates.

For example, the incessant cry from some of “tax cuts for the rich” wholly ignores the massive benefits to taxpayers at all levels. As the brilliant Stanford economist Thomas Sowell says, that phrase should be labeled “tax lies for the gullible.” Don’t be among the gullible to fall for Nancy Pelosi and Chuck Schumer’s constant cry, not just because it’s grossly simplified and inaccurate, but because it plays to the emotion of class envy. When emotion cards are played, logic and common sense are sacrificed. 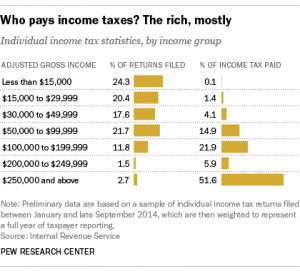 According to Pew Research, based on IRS data from 2014, people with “adjusted gross income, or AGI, above $250,000 paid just over half (51.6%) of all individual income taxes, though they accounted for only 2.7% of all returns filed, according to our analysis of preliminary IRS data. Their average tax rate (total taxes paid divided by cumulative AGI) was 25.7%. By contrast, people with incomes of less than $50,000 accounted for 62.3% of all individual returns filed, but they paid just 5.7% of total taxes. Their average tax rate was 4.3%.”

Just this week, however, we got a glimpse at the latest figures. According to Mick Mulvaney, who is the director of the Office of Management and Budget, revealed that 95 percent of all taxes are paid by the top 20 percent. That is an all-time high. It has never been there. In a presentation at Georgetown University, Mulvaney said, “Top 20% pay 95% of the taxes. If you break the income tax universe into what we call quintiles, so equal sized 20% columns, the first two columns, the first quintile and the lower quintile, don’t pay any taxes at all. In fact, they net positive. We pay them when they file a tax return. That middle quintile, which you might describe, some people do, as middle class, pays an effective rate in the low single digits. And all of the taxes are paid by folks in the top two quintiles, and that last quintile pays almost fully, 95% of the taxes.”

President George W. Bush in 2001 and 2003 led Congress to reduce tax rates for all taxpayers. The effect was record tax receipts starting in 2003 and a shifting of the tax burden increasingly to the wealthiest Americans. Those who benefited most were the lowest income, under $25,000 (a tax cut of 17.6%) per year, and those making about $60,000 per year (12.6%) according to IRS data. When the benefits of the second round of tax cuts are factored in, those in the $60,000 per year income level realized a total Federal tax savings of 24 percent. Those who made over $350,000 received a tax cut of 12.5%, while those who make over $1 million got about a 6% reduction.

The Wall Street Journal stated that the Bush tax reform, in effect, triggered what may be the biggest increase in tax payments by the rich in American History. Those tax cuts expired in 2012.

The same was true in the ‘60s. “It is a paradoxical truth,” Kennedy stated in 1963 at the Economics Club of New York, “that tax rates are too high today and tax revenues are too low, and the soundest way to raise the revenues, in the long run, is to cut the tax rates.”

Fueled by pro-growth economic policies, the GDP growth rate averaged 4.4 percent per year from 1960 through 1969, the highest yearly growth rate per decade from 1950 to 2000. Correspondingly, the 5.5 percent US unemployment rate in 1960 dropped to a 3.5 percent rate by 1969, according to the Foundation for Economic Education. 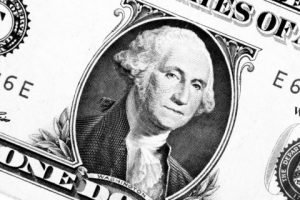 Similar results followed Ronald Reagan’s vaunted tax cuts of 1981. “In August 1981, Reagan signed the Economic Recovery Tax Act into law, slashing marginal income tax rates by 25 percent across the board over a three-year period. The highest marginal rate on unearned income dropped from 70 percent to 50 percent. The tax rate on capital gains fell from 28 percent to 20 percent.

“By January 1983, the bulk of Reagan’s tax reductions were in place. With higher incentives to work, invest, and produce, the consequences were foreseeable. Between 1978 and 1982, the US economy grew at a rate of only 0.9 percent in inflation-adjusted terms. From 1983 to 1986, this growth rate shot up to 4.8 percent. The national unemployment rate dropped from 9.7 percent in 1982 to 5.5 percent by 1988,” stated the Foundation for Economic Education.

Another fallacy often proffered by disingenuous politicians, is that tax cuts have to be “paid for.” The government has no entitlement to our earnings, and the notion that somehow they have to justify allowing citizens to keep more of their own money is ludicrous. Besides, tax cuts pay for themselves, and will not “explode” the deficit, as those same disingenuous politicians allege.

A surefire way to reduce activity is to tax it, or increase the taxes on it. If you want less capital investment, tax the gains on it. If you want less income growth, tax it. If we want to ensure that the economy remains moribund for the foreseeable future, let’s retain the current high levels of taxation. But if we want growth, reduced poverty, higher wages, more job creation, and economic expansion, the proposed tax reform is a solid step in the right direction.

Support Conservative Daily News with a small donation via Paypal or credit card that will go towards supporting the news and commentary you've come to appreciate.
Tags
economic growth tax cuts tax reform the economy