Maria moved past St. Croix in the early hours of Wednesday morning and then made landfall at 6:15 AST the same day. 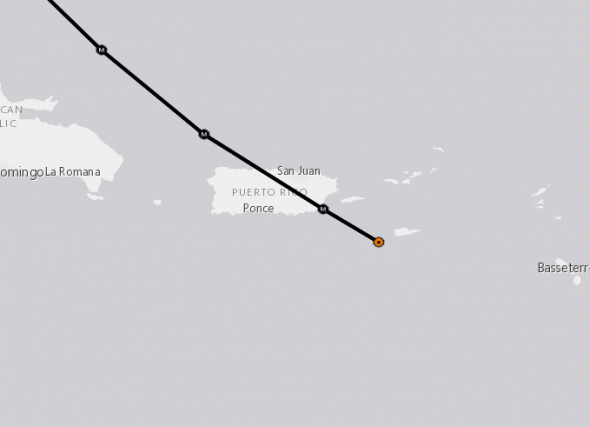 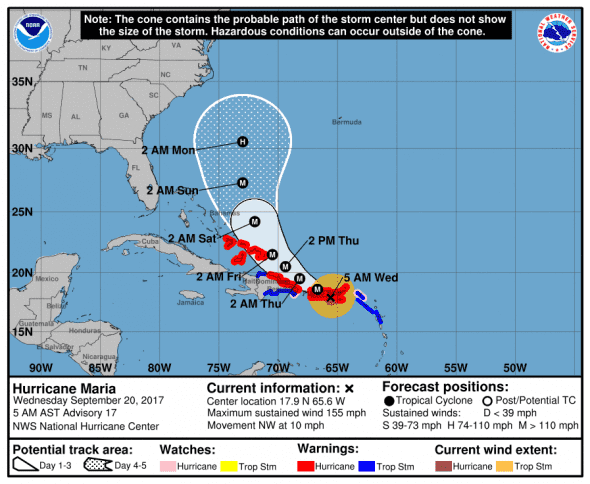 The National Hurricane Center issued an update stating that Maria had made landfall near Yabucoa, Puerto Rico at 6:15 am local time. 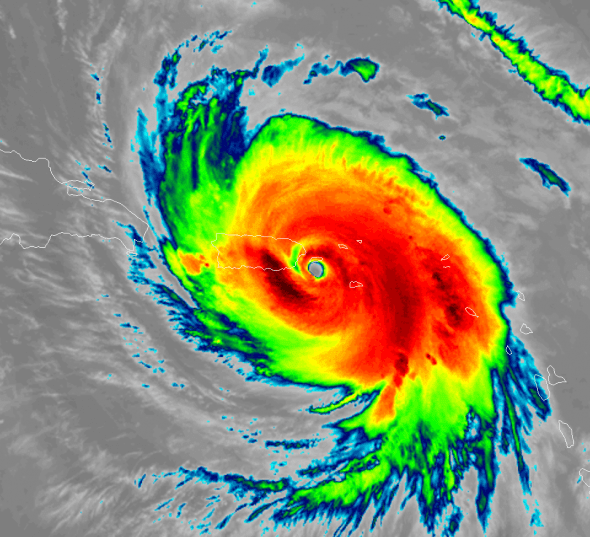 Video from San Juan, Puerto Rico shows how the capital is faring as the storm makes landfall in the southeast.

WATCH: What it looks like in San Juan as Hurricane Maria moves ashore in Puerto Rico with 155 mph winds

A 6-9 ft storm surge with waves reaching higher is expected to slam Puerto Rico. The island is also forecast to receive 12 to 18 inches of rain with isolated areas getting up to 25 inches.

Support Conservative Daily News with a small donation via Paypal or credit card that will go towards supporting the news and commentary you've come to appreciate.
Tags
Hurricanes Maria Puerto Rico The Weather