In today’s world, parents (and grandparents) need to be extra careful what their children watch on TV. The days of plopping your child in front of the TV to watch cartoons while you do a few things around the house is over. If you are having to ask WHY? Well because the left has now infiltrated the cartoons that our kids watch.

Recently, Disney Junior aired an episode of “Doc McStuffins” featuring a family with two moms. Not only that, another cartoon shows homosexual indoctrination about two young boys “falling in love.” How they get away with this is beyond me, I don’t even want to watch that kind of stuff on cable, yet they are allowed to brainwash our kids, teaching them all these perversions are OK. Well not for me, my children, or my grandchildren.

I have always said if a person wants to live that kind of perverted lifestyle, knock yourself out, but don’t try and force it down anyone’s throat, which is what the left constantly does.

Disney Junior is now pushing homosexuality on preschoolers. The campaign to corrupt our children never relents:https://t.co/pGPqa7rmaW

-Are prevented from viewing any show or film that directly promotes homosexuality or any other sin.

-Are not allowed to use the internet whenever they want.

-Are impeded from viewing internet pornography.

-Are insulated from magazines that want to teach them how to sodomize their friends.

-Are pulled from a kindergarten sex education class.

-Learn that some things are morally wrong.

-Are forced by their oppressive parents to live in a way that is to any extent at variance with cultural norms.

Basically, if you take any steps at all to prevent your children from becoming exactly like other children, exactly like Hollywood and the media and the culture want them to be, then you have them in a Bubble. The latest addition to the Bubble, are kids who haven’t been allowed to choose their own gender.

TV has really failed our kids, when I was a kid there were true “family shows.” Shows like Father Knows Best, Leave It To Beaver. Ozzie and Harriet. Now they have shows that show parents as buffoons, the kids are the smart ones and they must teach the stupid parents. No wonder our society is crumbling, a child’s innocence is precious, we should keep it as long as we can, we all need to fight back. 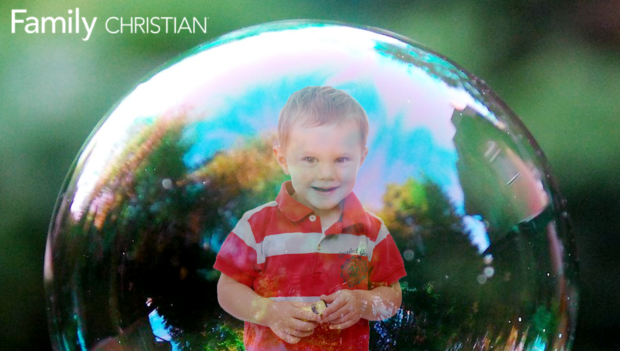 Support Conservative Daily News with a small donation via Paypal or credit card that will go towards supporting the news and commentary you've come to appreciate.
Tags
Disney Junior Doc McStuffins Matt Walsh