Hurricane Harvey made landfall just after 10 pm CDT Friday night as a powerful category 4 storm packing winds of 140 mph. The storm continued to weaken and now has 75 mph maximum sustained winds. Its track is troubling for the area from Matagorda Bay to the Houston Ship Channel and areas inland due to the flooding rain threat. 275,000 are without electricity in the area from Corpus Christi to Houston.

All available live streams, videos, and broadcasts will be made available HERE. 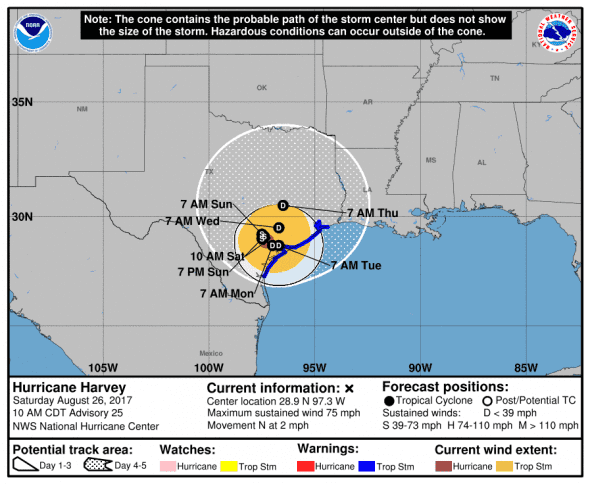 Harvey was last reported at 28.9N, 97.3W moving north-northwest at 6 mph with maximum sustained winds of 75 mph. The estimated minimum central pressure based on data from NOAA and Air Force Hurricane Hunter aircraft is 982 mb (29.00 inches) and rising indicating weakening. 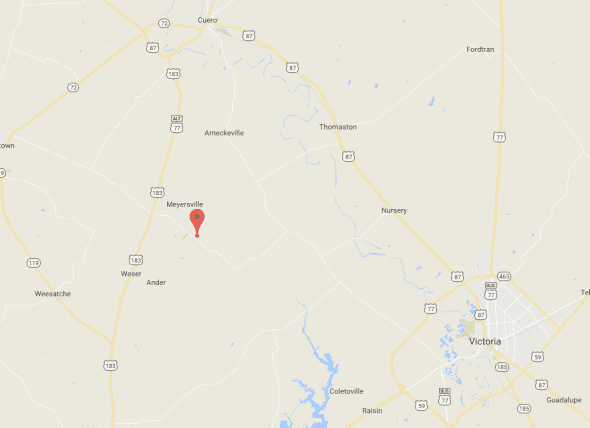 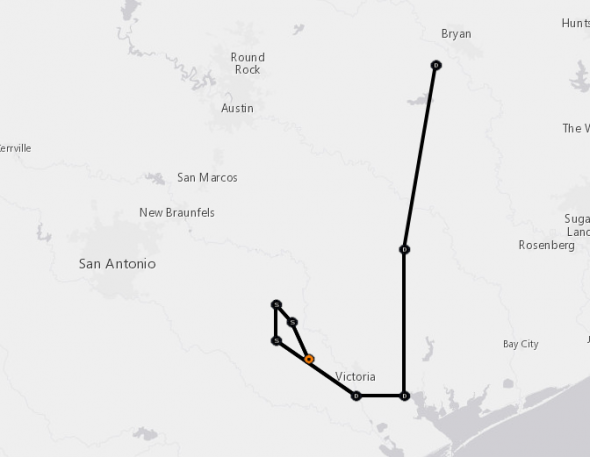 Harvey will spend the next 72 hours retracing its steps before heading north again as a tropical storm. Times as of 1000 CDT.

Rockport, TX is reporting that multiple people are trapped in a collapsed building and several other structures were completely destroyed. 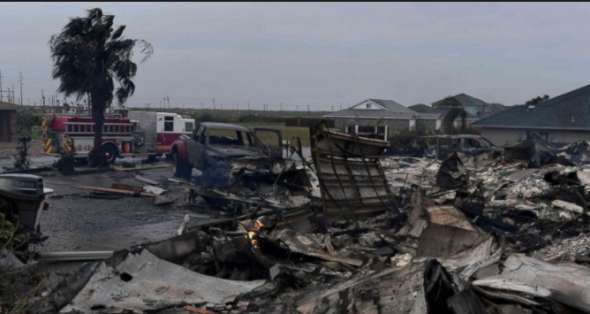 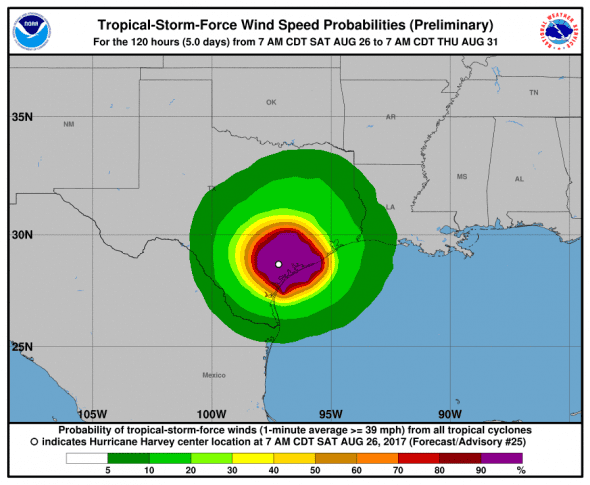 Almost 300,000 are without power due to the storm. More outages are expected over the next several days. Repairs in some areas could take days or weeks to complete.

The two largest energy providers in southeast Texas AEP and Centerpoint are reporting a combined total or about 240,000 customers without electricity. San Antonio’s CPS reports just over 6,000 without power and smaller power companies are reporting an addition 32,000 altogether. 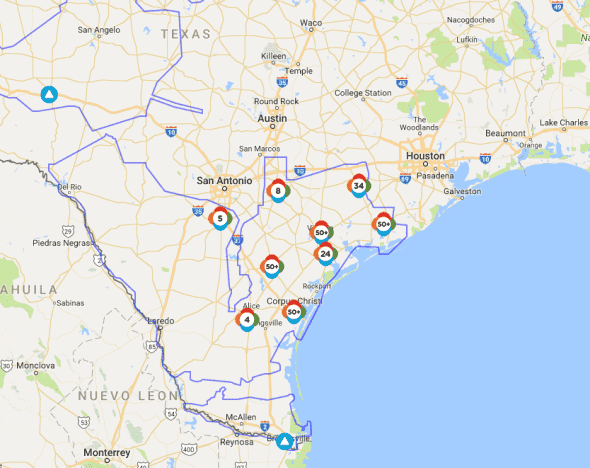 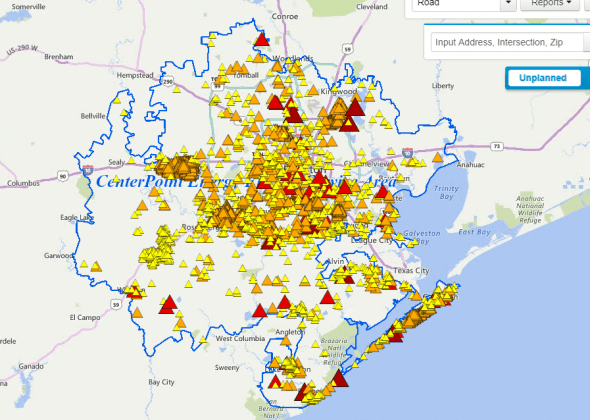 Support Conservative Daily News with a small donation via Paypal or credit card that will go towards supporting the news and commentary you've come to appreciate.
Tags
Hurricane Harvey Hurricanes The Weather