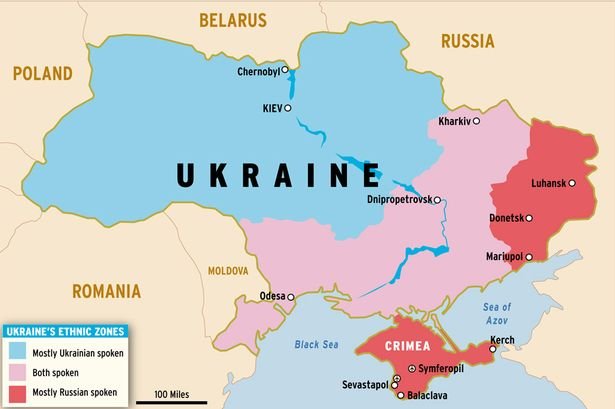 The fake news story about Donald Trump’s involvement with Russia has been going nowhere and a new investigation is shining a light on a Democrat who has more ties to Ukraine.

On Sunday, Trump attorney Jay Sekulow went on five Sunday shows and said there was definitely collusion between the Hillary Clinton camp and Ukrainian government officials. Sekulow said this was far worse than anything with Trump/Russia.

Hillary signed off on the sale of 20% of U.S. uranium to Russia in exchange for $145 million “donated” to her crooked Clinton Foundation. Uranium is the prime source for making nuclear weapons and Russia deals with Iran who wants that uranium to make nukes to use against us and Isreal. At that time Bill was also suddenly able to double his speaking fees in Moscow to $500,000.

The Russian lawyer who landed a meeting with Donald Trump Jr. during last year’s presidential campaign with the promise of dirt on Hillary Clinton had one big thing in common with the Democratic candidate: Both had opposed Russia sanctions targeting human-rights abusers.

Trump White House officials now are trying to draw attention to Bill Clinton’s Russian speech and other Clinton ties to Russia in a bid to counter criticism over Trump Jr.’s now-infamous meeting.

“If you want to talk about having relationships with Russia, I’d look no further than the Clintons,” Deputy Press Secretary Sarah Huckabee Sanders said at a briefing last week. “Bill Clinton was paid half a million dollars to give a speech to a Russian bank,  personally thanked by President Putin.”

Judicial Watch President Tom Fitton points out that the $500,000 speech only came to light through a leaked campaign e-mail and expressed concerns about what hasn’t come out yet.

“You have to wonder how many other donations were made by Russian connection entities we don’t know about,” he said.

Fitton also made this very important statement – while Don Jr. was meeting with a Russian lawyer as a private citizen, the Clintons were involved in a very real conflict of interest.

“Her husband (was) getting a half a million dollars directly from the Russians while she was secretary of state,” he explained. That sounds like bribery or pay to play.

“I can’t imagine if the spouse of Rex Tillerson or the spouse of any other cabinet official got a half a million dollars from a foreign government while that official was in office.”

1: helping and abetting the “enemy” (the Dems consider Russia our enemy because she lost the election and her first idea was to blamed them)
2.  selling 20% of US uranium to Putin. (FELONY)
3. Receiving $145 million for her campaign through the Clinton Foundation in exchange for the uranium deal (FELONY) Foreign governments can NOT contribute to US presidential campaigns! When one donates to the Clinton Foundation all monies go thru a third party in Canada. That’s known as money laundering which is illegal.
4. BIl speaking to a Kremlin Bank for 500,000 thousand dollars which is Quid Pro Quo as well as the other two previous accounts.

5. Hillary LYING and DESTROYING CLASSIFIED information on her email servers as well as hammering her blackberries to disappear GOVERNMENT, not personal information. (FELONY) These are FACTS NOT CONSPIRACY THEORIES like the Dems have spewed for 8 months about Trump! Thank God Hillary lost, she would have finished the destruction Obama started with the corruption up to our necks, our decimated military, the economy in the worst state it’s been in for the last decade due to no Jobs growth and innumerable social programs (freebies to the parasites), 20 trillion in debt, amounts to more spending tan all previous presidents COMBINED! and the INDOCTRINATION of our youth in colleges and all schools.!!!

In a new book out called  “Shattered.” Two reporters describe how when Hillary lost the election she decided it had to be the fault of the Russians an d told John Podesta and Robbie Mook to pass it on to blame the Russians and Trump. John Podesta, Robbie Mook, Debbie Wasserman Schultz, and Hillary are the true people Robert Mueller should be going after not Trump.

News recently broke about Adam Schiff, a California Democrat representative, and Trump conspiracy theorist. Got News released a financial disclosure report showing that Schiff had at least $16,000 invested in a Russia-linked company.The documentation reveals that Schiff was invested in dozens of energy firms based in Russia. Most notably, he was connected to Gazprom, which is half-owned by the Russian government. This particular company is also responsible for producing almost all of the natural gas that comes from Russia.

The startling truth is that Democrats are cooperating with Russia through investments. Sneaky, Sneaky!

Support Conservative Daily News with a small donation via Paypal or credit card that will go towards supporting the news and commentary you've come to appreciate.
Tags
Hillary Clinton Politics The Democratic National Committee Ukraine