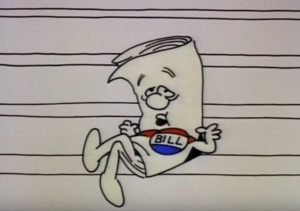 Sens. Mike Lee (R-UT) and Jerry Moran (R-KS) announced Monday night that they will not support a motion to consider the Senate version of the GOP health care bill and it looks like repealing Obamacare is now politically dead.

“This closed-door process has yielded the [bill], which fails to repeal the Affordable Care Act or address health care’s rising costs,” Moran said in a statement. “For the same reasons I could not support the previous version of this bill, I cannot support this one.”

Senator Lee went straight to the people via Twitter to announce that he will not support a motion to proceed (MTP) to consider the Senate’s Better Care Reconciliation Act.

A solution to pass anything on health care looks impossible for Senate Majority Leader Mitch McConnell.

“Oh, East is East, and West is West, and never the twain shall meet.” – R. Kipling

McConnell could only afford to lose two Republicans and still have a chance at passing the Senate’s Obamacare-lite bill. Losing Moran and Lee put the leader down four votes. Then again, the Senate bill is so different from the House-passed Obamacare-repair bill that it would have little chance to get through the lower chamber if it ever passed the Senate.

Conservatives will not support a strategy that does not begin with repeal first and alone. A return to pre-Obama health care is their starting point and anything else is DOA. No $50 billion hand-outs to insurance companies, no free Medicare to healthy, working-age, single people with no kids, no forced coercion into plans no one wants and most can’t afford.

Moderates seem unwilling to reduce the role of government in healthcare.

Medicaid has emerged as a key sticking point. Though conservatives want to use the repeal bill to enact entitlement reform and push tougher requirements for the program, moderates from Medicaid expansion states are worried the legislation’s dramatic overhaul will leave their constituents unable to get insurance.

Moderates Republicans are fighting tooth-and-nail to preserve the Medicaid expansion, keep Obamacare taxes and dilute high-risk pools with healthy young people. Sounds an awful lot like the Democrats position and it will have the same result. Premiums will continue to rise for the healthy which will push more of them out of the market. Keeping anything resembling Obamacare will perpetuate the destruction of the American health care system.

“… and never the twain shall meet.”

How Republicans learned to stop worrying and love Obamacare “repair”

While the GOP, conservatives and moderates alike, promised “repeal” for years, Democrats cried “repair” – and Republicans made a fantastical show of resisting the idea. They even passed several “repeal” show bills during the Obama administration that they knew would never get signed into law.

Later, during the 2016 campaign, Republicans changed their mantra to “repeal and replace.” And Democrats steadfastly cried again “REPAIR” – again and again, and again…

Now, all but the most conservative Republicans are fighting for bills that only modify or repair Obamacare – all of which would leave in place the framework that is designed to destroy what is left of the health care marketplace.

Democrats can quietly celebrate a victory, while Republicans take responsibility for the failure of the American health care system – exactly as progressives planned.

Update: Senate Majority Leader Mitch McConnell has given up on “repeal and replace” and will now try to pass a full repeal bill passed by the House last year. [READ MORE HERE]