Judging from the overreaction to the U.S. withdrawal from the Paris Accord by the anthropogenic global warming (AGW) alarmists and global media, it’s clear that symbolism matters more than substance. While the symbolism of being in agreement with nearly all of the nations of the world with regard to AGW causality created an attractive optic, the Accord itself did nothing to prevent climate change, and in reality, was little more than a punishment for U.S. success, and a globalist redistribution scheme. The devil is in the details, and the details of the Accord make it purely symbolic. 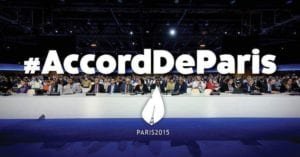 Last week President Trump announced that the U.S. was withdrawing from the widely heralded Paris Accord.  The Accord de Paris “is an agreement within the United Nations Framework Convention on Climate Change (UNFCCC) dealing with greenhouse gas emissions mitigation, adaptation, and finance starting in the year 2020. The language of the agreement was negotiated by representatives of 196 nations at the 21st Conference of the Parties of the UNFCCC in Paris and adopted by consensus on 12 December 2015. As of June 2017, 195 UNFCCC members have signed the agreement, 148 of which have ratified it,” Wikipedia documents.

Further, they explain, “In the Paris Agreement, each country determines, plans and regularly reports its own contribution it should make in order to mitigate global warming. There is no mechanism to force a country to set a specific target by a specific date, but each target should go beyond previously set targets.”

The Paris Accord was intended as a Treaty, which would have been binding in all participating nations, and in the U.S., would have supplanted national sovereignty in areas of CO2 carbon emissions. President Barack Obama, who signed the Accord on behalf of the U.S., bypassed the Treaty rout, which would have required ratification by the U.S. Senate. As such, a simple declaration by any subsequent President could annul U.S. inclusion in the Accord.

Last week’s announcement withdrawing from the Accord, generated predictable, hyperbolic, and hysterical reactions of the left. CNN proclaimed there would be “mass extinctions,” and “flooding in the streets of New York City,” and “physical annihilation of the Marshall Islands.” The ACLU (American Civil Liberties Union) declared it was a “massive step backward for racial justice and assault on communities of color across the U.S.” And billionaire and self-proclaimed environmentalist Ton Steyer declared that the withdrawal constituted a “traitorous act of war against the American people.” 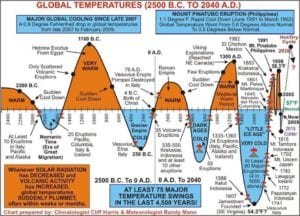 The problem with such hyperbole is that it’s all based on a false premise: that the Accord actually did something to curtail climate change. The details of the agreement paint a completely different picture. China and India, the two countries emitting the most CO2 into the atmosphere, set their own goals (as provided by the terms of the Accord) of continued expansion of coal-fired energy plants for the next ten years. Yet it required the U.S. elimination of the same. And since each nation’s goals are unenforceable, they constituted little more than a “wish list.”

Even the pro-AGW alarmism source, EcoWatch, has said of the Accord, “The Paris Climate Accord is a precatory agreement, wishful thinking that mainly reaffirms, 23 years later, the 1992 Rio Framework Convention on Climate Change. The developing world’s need for abundant, affordable, reliable energy is largely ignored, even though it is a basic requirement to eliminate global poverty and war. Instead, the developed world pretends to offer reparations, a vaporous $100B/year while allowing climate impacts to grow.”

And therein lies the redistributive component of the Accord: a promise to “share the wealth” of advanced nations with undeveloped or less-developed nations. Such “reparations” would be to the tune of $100 billion per year.

CNBC’s Jake Novak explains, “Like so many other things in politics, words have become more valuable than deeds. And with no real mechanism to punish countries that cheat on this agreement, there’s a chance that the Paris Accord could lead to more pollution, not less. People who are really concerned with lowering emissions worldwide need to come to grips with the fact that international agreements where bad actors can’t be effectively punished aren’t the way to go. It may be intoxicating to see their activism rewarded with the pomp and ceremony of an accord like the Paris climate deal, but they’re ultimately meaningless.”

If implemented, the U.S. would be severely punished. Regulatory implementation alone could have cost the industrial sector 1.1 million jobs in cement, iron and steel, and petroleum refining. The impact on industrial output would be dramatic, according to a study commissioned by the U.S. Chamber of Commerce.

Further, increased electricity costs for an American family of four would have increased between 13 and 20% annually, and a reduced income of $20,000 by 2035. The Heritage Foundation research piece those data are found in, also forecasted that our GDP (Gross Domestic Production) would be reduced by over $2.5 trillion by 2035.

In other words, the Paris Accord was entirely symbolic. And even if one fully embraces the premise of manmade CO2 emissions causing climate change, the accord did virtually nothing; 0.05 C reduction in global mean temperature in 85 years. And the cost, especially to the U.S., was not only punitive, but destructive to our quality of life, and future economic growth. Any reasonable national leader would come to the same conclusion that the Accord was a horrible deal for the U.S.

Support Conservative Daily News with a small donation via Paypal or credit card that will go towards supporting the news and commentary you've come to appreciate.
Tags
climate change global warming Paris Accord