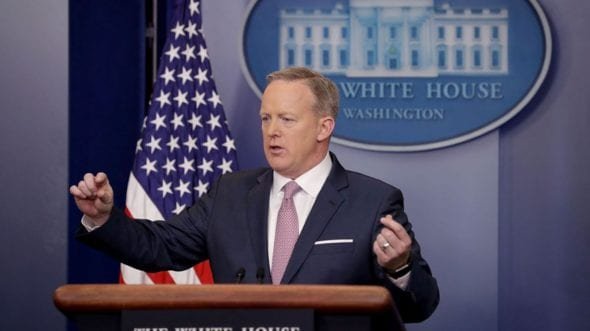 White House Press Secretary Sean Spicer will no longer be handling day-to-day press duties, including the press briefings, according to White House officials.

“We have sought input from many people as we look to expand our communications operation. As he did in the beginning, Sean Spicer is managing both the communications and press office,” the White House said in a statement Monday.

Spicer has been acting as the communications director since Mike Dubke resigned on June 2nd due to personal reasons.

The role will more closely resemble the communications director and chief strategist positions he held for the RNC.

Deputy Press Secretary Sarah Huckabee Sanders and leaders of various government agencies will likely continue heading up the White House press briefings as they have in previous weeks.

Support Conservative Daily News with a small donation via Paypal or credit card that will go towards supporting the news and commentary you've come to appreciate.
Tags
Sean Spicer The White House Trump Administration