A shooting in Alexandria, Virginia last week raises the prospect that the nation’s terrorism experts need to expand their vernacular when it comes to terrorist groups. And regrettably, this brand of terrorism is completely homegrown, and one of the major political parties, as well as the mainstream media, are accomplices in fomenting and facilitating this domestic brand of terrorist activity. 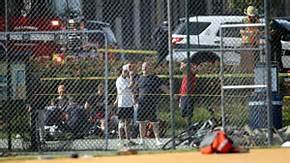 Last week James T. Hodgkinson, a 66-year-old unemployed home inspector, who was virulently anti-Trump and anti-Republican, sought out and opened fire on Republican congressmen and aides who were practicing for an annual charity baseball game in Alexandria, Virginia. Hodgkinson shot House Majority Whip, Steve Scalise, from Louisiana, and four others, before he was shot and killed by the Capital Hill Police security detail assigned to Rep. Scalise, and two local police officers responding to the scene.

Earlier this week, an FBI spokesman explained in a news conference that Hodgkinson had no ties to terrorism. We’ve grown accustomed to Islamofascist terrorism, perpetrated under the guise of jihad, and intended to extirpate infidels from the world. But when thoroughly analyzed, Hodgkinson’s attack is a whole new genre of terrorism, one which the FBI and other law enforcement should be much more aware.

The U.S. Intelligence community defines terrorism based on Title 22 of the US Code, Section 2656f(d), which states: “The term ‘terrorism’ means premeditated, politically motivated violence perpetrated against noncombatant targets by subnational groups or clandestine agents. The term ‘international terrorism’ means terrorism involving the territory or the citizens of more than one country. The term ‘terrorist group’ means any group that practices, or has significant subgroups that practice, international terrorism.” 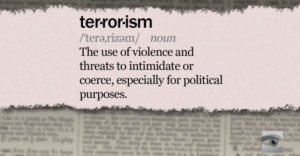 The objective of terrorism is “the use of violent acts to frighten the people as a way of trying to achieve a political goal.” As the FBI explains on their website, terrorists are not just Islamic jihadists, but can also be “homegrown violent extremists who may aspire to attack the United States from within. The terrorist threat against the United States remains persistent and acute, and preventing terrorist attacks is the FBI’s top priority.”

They may want to start monitoring more closely the extremist fringes and membership of the Democrat Party, and the mainstream media who foment and seemingly encourage violence against those who believe differently, politically.

Hodgkinson was a member of the Democrat Party and a devout Bernie Sanders supporter who volunteered to work on his campaign. Before he started shooting at the ball field last week, he reportedly asked one of the bystanders whether those practicing were Republicans or Democrats. It was only after he had ascertained they were Republicans that he commenced his attack.

And Hodgkinson is far from being alone. The New York Times is sponsoring a theatrical production in Central Park that places Shakespeare’s Julius Caesar in contemporary America, complete with a Donald Trump lookalike playing the role of Caesar. In the end, of course, Brutus, and the rest of the Senate, turn on Caesar, stabbing him brutally until he collapses in death. College campuses are filled with ideological extremists who riot in opposition to the very appearance on their campuses of anyone whose speech or ideology may be anathema to contemporary liberalism. Such riots and demonstrations are replete with hate speech, threats of violence, and assaults on the persons invited to speak to them.

The Huffington Post recently published an article calling for the “execution of Trump,” and everyone “assisting in his agenda.” And erstwhile comedienne, Cathy Griffin, was fired by CNN for publishing a photo of her holding a decapitated head depicting Donald Trump. And this is the tip of the iceberg.

The Daily Caller has compiled a partial list of Democrat and liberal extremist’s terrorist attacks coinciding with the rise, and election, of Donald Trump. They include: “Anti-Trump protesters attacked pushed, spit on and verbally harassed attendees, who were forced to walk a ‘gauntlet’ as they left a Trump fundraiser in Minneapolis, Minn., and beat an elderly man. Protesters also attacked Trump’s motorcade.

“A Tennessee man was assaulted at a garage sale for being a Trump supporter. A GOP office in North Carolina was firebombed and spray painted with ‘Nazi Republicans get out of town or else.’ A high school student was attacked after she wrote that she supported Trump on social media.

“A Black Lives Matter anti-bullying ambassador was arrested for shoving a 74-year-old man to the ground in a fight outside Trump Tower where people upset over his win had gathered. A Texas elementary school student was beaten by his classmates for voting for Trump in a mock election. Two men punched and kicked a Connecticut man who was standing with an American flag and a Trump sign.

“FBI agents arrested a person for threatening to shoot Republican Rep. Martha McSally over her support for Trump. Police in Tennessee charged a woman for allegedly trying to run Republican Rep. David Kustoff off the road. A former professor was arrested after police said they identified him on video beating Trump supporters with a U-shaped bike lock, leaving three people with ‘significant injuries.’” And there were many more such incidents.

And following the shooting last week in Alexandria, Republican Rep. Claudia Tenney received an email threat that read, “One down, 216 to go.” 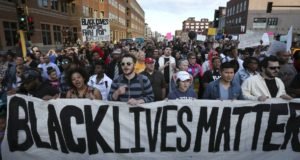 Based on the Intelligence Community’s own guidelines, these are terrorist acts: “premeditated, politically motivated violence perpetrated against noncombatant targets by subnational groups or clandestine agents,” and it appears to be consistent with the FBI’s explication of such violent acts being perpetrated “to frighten the people as a way of trying to achieve a political goal.” The goal seems to be the elimination of Trump, Republicans, and conservative sympathizers.

To be fair, there have been instances of radical-right extremism as well, but they empirically pale in comparison to the breadth, frequency, and scope of liberal extremism.

The liberal extremist terrorism is arguably more destructive to the nation than Islamic-extremist terrorism is, for it’s entirely homegrown, and is rending our social fabric, pitting neighbor against neighbor, based solely on political differences. Such bigotry represents the ultimate intolerance of people who are different, and is an affront to the principles of freedom and liberty, and free speech and association, that our republic was founded upon!

Support Conservative Daily News with a small donation via Paypal or credit card that will go towards supporting the news and commentary you've come to appreciate.
Tags
the Democratic party