“The lunatics are in my hall. The paper holds their folded faces to the floor and every day the paper boy brings more. And if the cloud bursts thunder in your ear, You SHOUT and noone seems to hear. And if the band you’re in starts playing different tunes, I’ll see you on the dark side of the moon” – Pink Floyd, “Dark Side of the Moon”.

The Liberals We Grew Up With 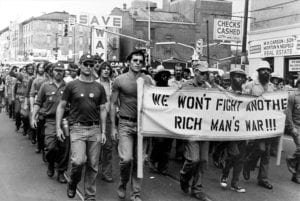 I was in college during the 60’s when there were demonstrations and the country was divided, but at least the left then was less violent than today’s liberals. Sure there were demonstrations where the National Guard was called in and tear gas was used against demonstrators, but they didn’t make death threats against politicians and they did allow freedom of speech to allow people with opposing views speak on campus without rioting –  unlike today’s liberal snowflake students. Then the left was pretty non-violent and advocated peace love and tolerance and meant it. But those demonstrations and divisions pale by today’s standards. Today the left is all about themselves and it is as bad as radical Muslims with it having to be their way or no way. All you have to do is just disagree with a liberal today and you’re hit with every name in the book. You’re a racist, sexist, homophobe, Islamaphobe, Nazi and fascist and in the dark ages to boot. You can’t even wear a Trump hat or Trump shirt without being attacked by some lunatic. They call conservatives fascist when it is they who are the true fascists. 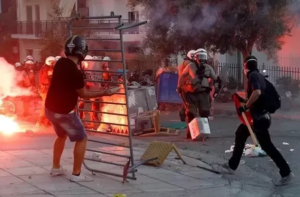 The left at that time was non-violent and advocated peace love and tolerance – and they meant it. But those demonstrations and divisions pale by today’s standards. Today’s left is extreme. They can be as bad as radical Islamists requiring every policy, encounter or debate to go their way or no way at all. All you have to do is just disagree with a liberal today and you’re hit with every name in the book. You’re a racist, sexist, homophobe, Islamaphobe, Nazi and fascist and in the dark ages to boot. You can’t even wear a Trump hat or Trump shirt without being attacked by some lunatic. 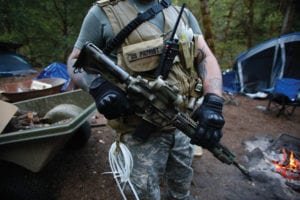 Today the air is thick with violence and tension. It feels like a balloon ready to burst with one more puff. How much can moderates and conservatives take before they decide enough is enough and are forced into action. With over 100 million gun owners in this country, the prospect of armed conflict is real and frightening. To paraphrase Jim Morrison of the Doors, “We’re getting tired of hanging around, hanging around with our heads to the ground.”

The insane, delusional Left is pushing America toward civil war which can only end in mass bloodshed. “I don’t know how much more of this the country can take,” said radio host Michael Savage today. “We are at a boiling point. There’s going to be a civil war.”

Limbaugh pointed out Hodgkinson had made it very clear that he hated President Donald Trump.

“I have been worried for quite a while about the cumulative effect or impact of this constant anti-Trump hysteria everywhere in mainstream media: New York Times, Washington Post, LA Times, CNN, MSNBC, ABC, CBS, NBC,” Limbaugh told listeners.

“It’s hysteria. It’s lies. It’s things that are completely manufactured about Trump personally, about Trump and Russia, about climate change, about any number of things.

“The hatred is raw, it is undiluted, it’s just savage. These are the mainstream of the Democrat base, and I don’t have any doubt that they are being radicalized.”

And he added: “Rachel Maddow was his all-time favorite. He thought she should run for president. These people have radicalized guys like this all over this country”

He noted the shooter was convinced Trump should be removed from office.

“So the shooter was acting on the fake news, the big lie, that Trump had colluded with Putin,” Limbaugh said.

They keep saying President Trump lied but never point to a specific lie. Yet they tolerate a plethora of lies from Clinton and Obama. Benghazi, If you like your health care. . . Iran nuclear deal, etc. etc.

Don’t forget “You didn’t build that.” Or “I have never intentionally lied to the American people.” The media bases all their stories on anonymous sources from nameless people which likely means there is no source –  it is probably made up.

So to all you lefties, hate mongers and radical demonstrators I have this message for you from Pink Floyd’s Dark Side of the Moon which I also quoted from above. Just remember this:

All that you buy, beg, borrow or steal

All that you do’

All that you say

All that you slight

And everyone you fight

All that is now

And All that is gone

And all that’s to come

And everything under the sun is in tune

But the sun is eclipsed by the moon.—— “Eclipse” by Pink Floyd, Dark Side of the Moon. 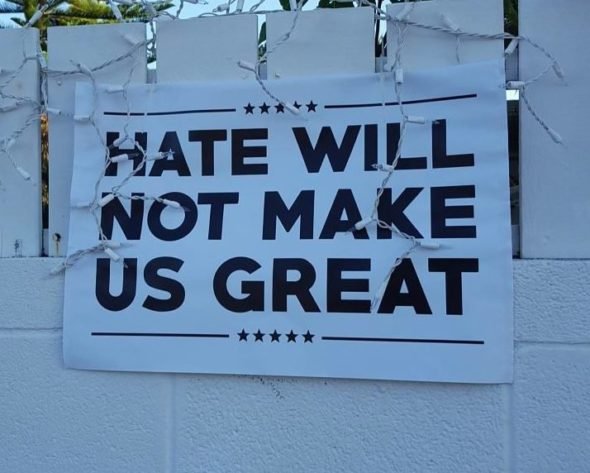