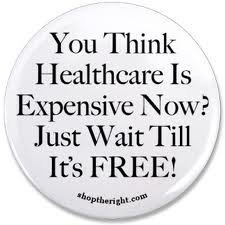 California’s Assembly Speaker has tabled the “woefully incomplete” overhaul of California’s health care market and, not surprisingly, blamed Trump and voters for the failure.

“Even senators who voted for Senate Bill 562 noted there are potentially fatal flaws in the bill, including the fact it does not address many serious issues, such as financing, delivery of care, cost controls, or the realities of needed action by the Trump administration and voters to make SB 562 a genuine piece of legislation,” Rendon said.

If Californians were waiting on the Trump administration to prop-up their progressive wet dream, the bill never stood a chance. But blaming voters for the assembly’s decision to table it seems a bit petty.

The bill is dead for the remainder of the year if not at least until after the next state assembly election.

The abrupt announcement shields members of the Assembly from having to take a difficult vote that could be used against them by critics or supporters of the policy.

Single-payer supporters, led by a nurses union, are not happy about the decision.

“The California Nurses Association condemns the decision by Assembly Speaker Anthony Rendon to destroy the aspirations of millions of Californians for guaranteed health care without being bankrupted or forced to skip needed care,” Nurses’ Association Co-President Deborah Burger added. “The people of California are counting on the Legislature to protect them now, not sometime next year, and as polls have shown, Californians support this proposal by a wide majority.”

Sen. Bernie Sanders is planning to submit a similar bill at the national level. But if heavily progressive California can’t pass it in their own state, Bernie’s bill will serve as little more than a publicity stunt.

Most likely, the assembly put the brakes on this thing due to voter outcry. They’ve heard these promises before and are suffering the actual impacts.