There is no doubt that the Democratic Party has gone off the rails. Ever since Trump won the election, Democrats have gotten Trump Derangement Syndrome. Day after day I watch in disbelief how Democrat after Democrat gets crazier and crazier, they are still in denial that their candidate lost. It is safe to say that they have become deranged.

Impeach, impeach, impeach that’s all you hear from these losers. What they don’t seem to realize is that there is no evidence of any crime, none. Even Nancy Pelosi recently said, “pushing impeachment are doing so without facts,” we all know how wacky this woman is, so when she becomes the voice of reason for the Democratic Party, well what can I say.

“What are the rules that he may have violated?” she asked, rhetorically. “If you don’t have that case, you’re just participating in more hearsay. And that’s not the basis of a — and we owe the American people just some stability in all of this.”

What the Democrats do not seem to realize is that there is no crime, where’s the crime? Colluding with the Russians? The person who broke the law was the person who hacked the Clinton e-mails. Even if Trump called the Russians and said thanks keep the e-mails coming, that’s not a crime. The real criminal was Hillary for having a private e-mail server.

Another story the Dems are freaked out about is when President Trump, in a meeting with a couple of Russians talked about sensitive items. So what, where’s the crime? He is the president, even if it was classified, he can discuss whatever he deems necessary when it comes to the protection of our nation. Once again, no crime.

President Trump said to the head of the FBI “He is a good guy. I hope you can let this go,” referring to the Flynn investigation. Democrats are quick to shout “obstruction of justice.” But on May 9th while being questioned at a hearing about that very subject Comey said that no one had tried to impede the investigation. Once again, no crime.

Even law professor Jonathan Turley stunned his Liberal interviewer when he said, “The fact is, I don’t think this makes out an obstruction case.”  Turley also wrote in an editorial for the Hill; “There are dozens of different variations of obstruction charges ranging from threatening witnesses to influencing jurors. None would fit this case,” 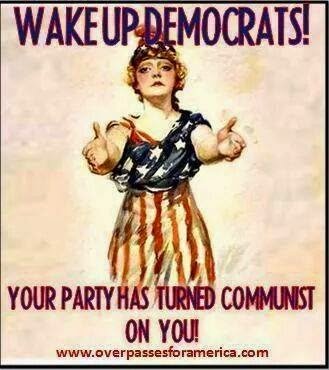 Support Conservative Daily News with a small donation via Paypal or credit card that will go towards supporting the news and commentary you've come to appreciate.
Tags
impeachment James Comey Politics