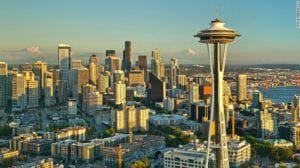 America is littered with reminders of World’s Fairs from past decades. But President Donald Trump seems ready to bring the World Expo back to America and return it to its former glory.

The president signed Monday the ‘U.S. Wants to Compete for a World Expo Act’, which authorizes the Secretary of State to take such actions as necessary for the United States to rejoin the Bureau of International Expositions.

The World’s Fair, also known as the World Exposition, was last held in the U.S.A. in  1984 when New Orleans hosted The World of Rivers.

U.S. interest in hosting the event dwindled as the expo turned its focus to climate change and environmentalism. The new format isn’t exciting and draws very few visitors and even fewer exhibitors. This change has made the World’s Fair a loser for any city willing to host it.

President Trump hopes to change all that.

Trump spoke to a joint session of Congress in March during which he highlighted the 1876 Centennial Exhibition.

On our 100th anniversary, in 1876, citizens from across our Nation came to Philadelphia to celebrate America’s centennial. At that celebration, the country’s builders and artists and inventors showed off their creations.

Alexander Graham Bell displayed his telephone for the first time.

Remington unveiled the first typewriter. An early attempt was made at electric light.

Thomas Edison showed an automatic telegraph and an electric pen.

Imagine the wonders our country could know in America’s 250th year.

That excitement is what the World’s fair needs and the United States, with a real leader, is the country to make it happen.

Progressives have taken over the World’s Fair, turning it into an environmentalist convention and ruining it as a conduit to the future.

If instead it were held in southern France and featured efforts to save the struggling albino cold stream horned toad, would you still want to go?

Of course not – not many would. 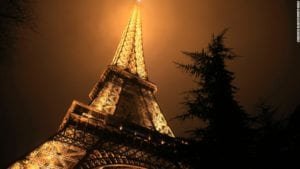 The earlier fair also attracted visitors from across the globe. Businessmen, investors, and curious consumers all spent money on air/sea travel, hotels, food, entertainment to visit the fair. Investors often left ready to put their dollars behind exciting new technologies.

The World’s Fair belongs in America. The country that invented the internet, the assembly line, and the flying machine will likely have inventors ready to show the world what will come in the next 20 years.

Support Conservative Daily News with a small donation via Paypal or credit card that will go towards supporting the news and commentary you've come to appreciate.
Tags
The World's Fair