“There’s nothing to see here. Move on,” constabulary at crime scenes are often heard to say, even though wreckage or disturbing evidence of crimes may clutter the scene. It appears increasingly evident that the phrase aptly applies to the “Russian meddling in our elections” mantra paraded incessantly across the vast planes of the ignorant and the ideological left, led by the cacophonous rants of left-wing media. And the “wreckage” or crime scene evidence of the metaphor applies solely to the integrity of the media, and the inanity of the leftist ideologues. 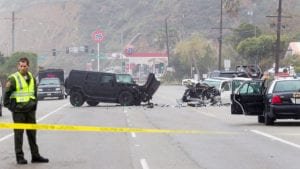 Ever since Hillary Clinton’s inexplicable and inscrutable loss to Donald Trump in November, the Democrat Party and leftist sycophants have blamed “Russian meddling” in our election process, for the loss of Barack Obama’s presumed successor. The problem with this narrative is, that there’s no evidence of it.

There is no evidence of Russian “hacking” of the election; the voting machines, the results, or any aspect of the voting process. They may have had a hand in the hacking of emails on Hillary’s unsecured server, as well as those of the DNC (Democrat National Committee) and John Podesta, Clinton’s campaign chairman. But did that change the outcome of the election?

Just two weeks before the election, and following the revelation of the hacked emails, polls still put Clinton significantly ahead of Trump nationwide. One poll went so far as to assess the damage of the leaked email contents on the attitudes and perceptions of probable voters. The Monmouth University Poll the week of 10/16/16, provides significant data indicating the impact of the disclosures. And it is basically “zero.”

Politico’s recapitulation of the poll results stated, “Disclosures by WikiLeaks of internal emails hacked from the personal account of Clinton campaign chairman John Podesta appear to be having little effect on voters’ impression of the former secretary of state. Among those disclosures was text of Clinton’s paid speeches, but just 25 percent of respondents said that the release of those transcripts made them think less of the Democratic nominee. Forty-five percent said the transcripts had no impact on their impression of Clinton and 28 percent said they did not know about the hacked emails.” The same article revealed that Clinton’s lead over Trump had actually increased by four points after the hacked emails were made public.

Further, there is no dispute to the authenticity of the emails from Hillary, her campaign manager John Podesta, and other DNC officials. No one disputes the content of the emails, which factually represents the collusion, deceit, and corruption seemingly endemic within their organization. Since no one at the DNC, even Hillary herself, has disputed the contents of the now public emails, their authenticity is obviously not in doubt. Therefore, the public was simply provided more primary source information regarding their level of corruption. This should have been the big story, the corruption within the Clinton camp and the DNC, not the possible Russian involvement of the hack. The latter is simply a smokescreen to divert attention from the email revelation. And obviously, based on Monmouth’s polling data, neither had a pejorative impact on Clinton’s poll numbers.

Obviously, the data indicate no effectual impact of the “Russian meddling” in our electoral process. But that has not stopped the witch hunters from the DNC, the left-wing of congress, or the media, from beating their incessant drum of Russian interference. If anything, it’s only intensified. 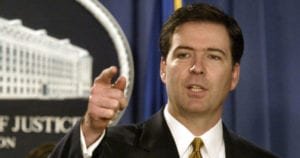 James Comey’s firing as FBI chief this week was applauded by mainstream voters, even liberal voters, for his assumed role in sacking Clinton’s victorious aspirations by announcing an investigation into her cavalier handling of classified information on her unsecured server weeks before the election. But the leftist elites are now shocked that Comey’s been fired, as evidenced on the Stephen Colbert show when the entire audience provided a standing ovation at the firing announcement, much to the chagrin of Colbert and leftist media who now presume it’s part of a “cover-up” for Trump collusion with Putin. Go figure – the left hated Comey before his firing, and now seem to be his most ardent supporters following his dismissal.

But Obama’s FBI chief, Comey, after months of investigation, still has found “no evidence of Trump campaign collusion with the Russians.” Unsurprisingly, James Clapper, Obama’s Director of National Intelligence (DNI), and Admiral Michael Rogers, Obama’s head of the National Security Agency (NSA) have all come to the same conclusion. No evidence of collusion.

And that word, collusion, is critical. Collusion is “secret or illegal cooperation or conspiracy, especially in order to cheat or deceive others.” There is no such evidence. But that doesn’t stop the leftists. To them, any association, friendship, correspondence, phone calls, or public association of anyone from Trump’s team is evidence of “collusion.” But it clearly is not, from a definitional or a legal standpoint.

It’s time for the left to cease and desist their incessant efforts to delegitimize Trump’s presidency by engaging in their mythical “collusion” conspiratorial theory. With all of the data gathering, surveillance resources, and spying techniques utilized by the DNI, the NSA, and the FBI, if they haven’t found anything yet, they’re not going to, unless it ends up being fabricated “evidence” by deep state holdovers in any of those agencies from the Obama years. But that will be just as illicit as the conspiracy theory upon which it is based.

Truly, there’s nothing here. Nothing to see, except the trash heap of illogic and conspiracy theory tenaciously clung to by the reality averse left. Let’s now cease the delegitimization efforts, and get on with governance. The sooner the left can get over their loss in November, the sooner they can prove they’re on the road to recovery from their conspiratorial theorism and their delusional detachment from reality.