I’m getting tired of a flak-catching Mike Pence stating self-serving, abusive, liberal side of anything coming from congress. On the Rush Limbaugh radio program Tuesday, the VP was introduced by Limbaugh and went directly into a planned and practiced speech about how great the new budget bill is and how it increases, on a bipartisan basis, defense spending, yadda, yadda. But when Limbaugh asked him a question about Trump’s wall not being funded by the bill, while immigrant resettlement, the EPA, and Obamacare were still in the budget, the VP just fell back to his script and didn’t answer Rush’s question.

Defense spending is critically important and I praise the Trump administration for getting this sticking point included in the proposed budget and pushed through despite Democrat opposition. But the wall and other foundation elements of Trump’s agenda must also get some funding so they can get started now and not wait four or five more months.

I want anger from the VP in the face of Republican/Trump defeat on the latest spending bill coming from Congress. I want a government shutdown, now, not in September, and I want Trump demanding that every American call their legislators to demand that they give Trump the money for the wall and get Immigrant, EPA, planned parenthood and Obamacare funding removed from the budget. 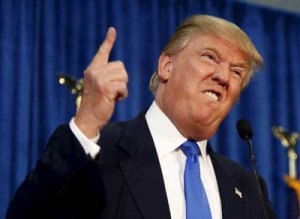 I can understand not winning every battle, but Trump lost in every category with this latest bill. Also, the President should show a little anger with Republican legislators for the shellacking they got. I, one of President Trump’s most dedicated supporters, hate to add to his problems, but time is passing. The electorally defeated Democrats are gaining power and expanding their anti-American policies with this latest bill.

Trump has been a wonder the last 100 days and I don’t want him to lose the positive edge he expresses in the rallies he conducts. But, I want him up fighting all the time not just during rallies. Pelosi and Schumer are both happy and joyful with the spending bill, and their joy saddens me and all thinking Americans, so Trump needs to get busy and make more positive things happen with the Continuing Resolution congress is preparing, and get his policies back on track.

Democrats are losers at election time. But they win every time in Washington’s big-government swamp. This trend must end now! The Democrat socialists have the momentum and President Trump is the only one who can bring their stampede to a halt.

Support Conservative Daily News with a small donation via Paypal or credit card that will go towards supporting the news and commentary you've come to appreciate.
Tags
Mike Pence