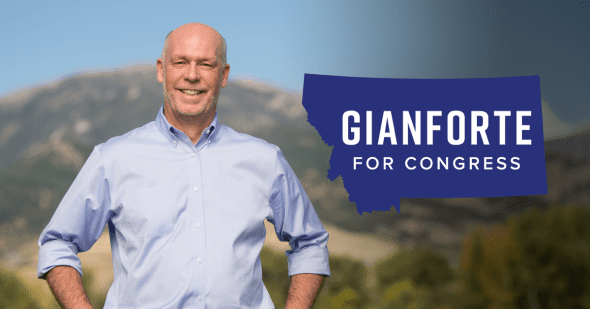 Greg Gianforte grabbed and slammed him to the ground, according to reporters who witnessed the incident, but it won’t likely affect the outcome of the Montana special election.

The media is pushing a narrative that Gianforte’s WWE-style finishing move on Guardian reporter Ben Jacobs will cost him the election. Also, the DNC bought a wall of Facebook ads demanding that the Republican candidate drop out of the race. Neither of those are going to happen.

Voters mail-in ballots long before election day so any emotional impact the event might have had – will come too late. Even in city centers like Billings, people mail their votes in because that’s just how it’s done in Big Sky country. 46,000 absentee ballots had been received as of Tuesday and with the election so close to the Memorial Day weekend, in-person voting will likely be suppressed. The vote is in and whatever box is checked on the majority of those ballots will be the result.

Voters in Montana are also likely to see Greg’s response as warranted. In California and New York, people tend to tolerate or ignore overly aggressive, annoying or outright rude behavior. Greg’s “body slam” is likely to be looked on by voters in The Big Sky State as a “good ‘ole Montana ass-whoopin'” earning Gianforte praise.

Ben Jacobs got his glasses broken and suffered a humiliating butt kicking, but perhaps he’ll think twice before busting into a private office, without invitation, and shoving a phone into someone’s face. If you act like a punk, expect to get treated like one.

The Republican is charged with misdemeanor assault and will likely suffer a fine and some community service. But he’s also likely to weather the event and carry the day.

Editor’s Note: This story was updated to reflect Alicia Cuna’s correction to her first-person account of the incident. Content from Cuna’s interview with Ingraham below:

“You know, and I’m the one who said that,” Acuna told Laura Ingraham about the neck grab claim. “I saw both his hands go up, not around his neck in a strangling type of way, but more just on each side of his neck, just grabbed him and I guess it could’ve been on his clothes, I don’t know.”

“Again, just to clarify, he didn’t grab him by the neck with both hands in the way that was initially described, that’s not quite accurate?” Ingraham asked at the end of the interview.

“​No, so it wasn’t like he grabbed him around the neck, he had one hand on each side of his neck,” Acuna confirmed.