Apple is pledging to dump one billion dollars to create an “advanced manufacturing fund” just after being threatened with import restrictions and reporting disappointing iPhone 7 sales.

Apple CEO Tim Cook announced earlier this week that the company will put $1 billion into a fund to create U.S. manufacturing jobs later this month.

“By doing that, we can be the ripple in the pond … those manufacturing jobs create more jobs around them because you have a service industry that builds up around them.”

While cook was one of the technology executives that met with Trump to discuss job creation, Apple’s troubles with Qualcomm may be more central to this new initiative.

Qualcomm is preparing to ask the International Trade Commission to stop the iPhone, which is built in Asia, from entering the country, threatening to block Apple’s iconic product from the American market in advance of its anticipated new model this fall, according to the person, who asked not to be identified because the discussions are private.

Qualcomm’s move comes as Apple stopped licensing payments to the chip maker for using its patent on cellphone modems – a technology central to the functioning of a mobile phone.

If the ITC intervenes, Apple will have no access to the U.S. market for its upcoming iPhone 8 and rumored 10th-anniversary edition. All this after iPhone 7 sales disappointed investors in the most recent quarter.

Cook may be funding the new manufacturing training program to train workers for Apple’s own plants here in the U.S. If the technology giant wants to move manufacturing back to circumvent Qualcomm’s claims, it will need an army of trained and perhaps beholden labor. The move might also be to curry favor with the Trump administration in the hopes of influencing the ITC ruling.

Whether to bend the ITC to its will, create a workforce for domestic Apple iPhone production or as an altruistic move to help workers tool up for manufacturing jobs, it is a win for workers and another feather in the cap of President Trump. 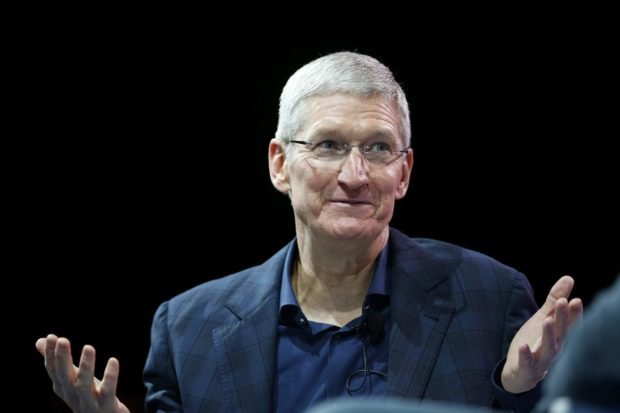 Support Conservative Daily News with a small donation via Paypal or credit card that will go towards supporting the news and commentary you've come to appreciate.
Tags
Apple Qualcomm Tim Cook