It’s hard to imagine that prior to last week, there could be any more critics of President Trump than there already were. But now, after the missile attack against Syria, some of his harshest critics are his ardent supporters from the campaign who took his “America First” mantra literally, and they fear he’s setting the stage for more extended military engagement and commitments all around the globe. Although Trump’s campaign rhetoric may have led some to believe his actions against Syria are dichotomous, or duplicitous at worst, there are plenty of indications that holistically, his statements were totally congruous with his aggressive action against Syria. 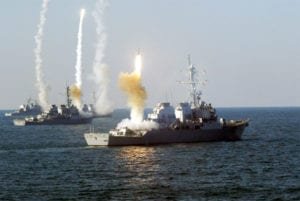 On April 7, President Trump ordered the demolition of a Syrian airbase with 59 Tomahawk Missiles. The airbase was purportedly the launching point for a chemical weapon attack on civilians in the Idlib Province in northwestern Syria. It’s a region that lies outside of the control of the Assad regime, and is tyrannized by ISIS. As such, the regime attacks the region with presumed impunity, with whatever weaponry it has available, and without regard to civilian casualties. And it’s this attitude by the Assad regime that has created and fostered the great Syrian refugee crisis.

Assad’s chemical attack last week against his own people proved that the assurances of the Obama regime were all disingenuous, with regard to Syria’s destruction of their chemical weapons. President Obama, Susan Rice, and John Kerry all averred that they had successfully negotiated elimination of Assad’s WMDs. 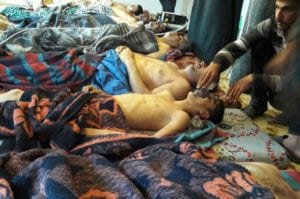 Many ardent Trump supporters have taken umbrage at the president’s retaliation against Syria, thinking it was breaking his promise of making “America First,” and keeping us out of international meddling. After all, Trump has been outspoken in his criticism of George Bush’s intervention in Iraq, and the decade-long war there and in Afghanistan which has cost us perhaps $1 trillion in financial capital, but perhaps more significantly, thousands of lives lost and permanently misshapen, as the human capital costs dwarf the financial.

Arguably, “America First” is the Trump priority, for domestic as well as international affairs. If there was an articulated “Trump Doctrine,” that would be the underlying principle legitimizing it. And in the global context, if global events are deemed a threat to American national security, the principle requires action. And to Trump, action means actual “action.” In other words, the opposite of what we witnessed over the past eight years.

With few exceptions, the Obama Administration’s concept of “action” was a firmly phrased verbal denunciation (typically devoid of emotion), inexorable platitudinous diatribes that mistakenly created the perception of a grasp of global events (albeit, on a merely academic level), extensive handwringing couched in such diatribes, or the formation of a study group to research possible future action which, unsurprisingly, was never finalized or acted upon. 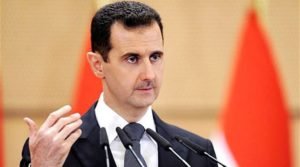 When Obama, in 2012, declared that he’d drawn a “red line in the sand” with Syria’s use of chemical weapons, he did nothing to show that he had actually drawn a “line in the sand,” regardless of color, after Assad used them just the following year. To Trump, however, that mythical line had obviously been crossed by Assad when he again unleashed saran gas, a chemical weapon of mass destruction (WMD) on his own people, in a renegade province. Apparently, from Trump’s own words, the turning point for him was witnessing the primary source accounts and video of “innocent babies — babies, little babies” who had died a slow and horrible death. Obviously the immorality of the wanton mass murder, as well as the potential threat to national security posed by usage and proliferation of WMDs was just too compelling to do nothing.

This action does seem to conflict with earlier comments Trump has made with regard to Syria. In 2013, after the first chemical attack, Trump warned Obama to not respond militarily, fearing another lengthy, unwinnable war in yet another Middle Eastern country. Last year, as candidate for president, Trump accused Obama of not being sufficiently firm with Syria, and even said “the US should fight ISIS with Assad.” But after the WMD attack last week that that killed more than 80 people, including 26 children, Trump said that his “attitude toward Syria and Assad” had “changed very much.”

It likely makes a significant difference when one is in a position to do something that is both moral and in the best interests of national security. And when put in the context of his campaign stump speech promoting increased military spending and making our military “great again,” the picture comes into greater focus. For the reason to have a strong military, as he constantly expressed, was to achieve peace through strength, as Ronald Reagan articulated. And rather than “talk softly and carry a big stick,” as Teddy Roosevelt advocated, Trump will continue to speak loudly, as he always has, but still carry that proverbial “big stick.”

Not only has Trump sent a resounding message to Syria’s Assad with regard to use of WMDs, but he’s sent an unmistakable message to the rest of the world, as well. Our allies and our avowed enemies now know that the most potent military apparatus in the world is no longer just for show and for conducting social experiments. It’s to lend the “big stick” enforcement to the accompanying loud speech. America will no longer “lead from behind,” as was the Obama administration’s modus operandi.

In short, the appeasement, timidity, and academic diatribes of the past eight years have now been replaced with decisiveness and action. The likely effect will be more global stability, rather than less, as allies and enemies alike witness the reemergence and resolve of what has been, at least globally, a sleeping giant.

Support Conservative Daily News with a small donation via Paypal or credit card that will go towards supporting the news and commentary you've come to appreciate.
Tags
Syria The U.S. Military