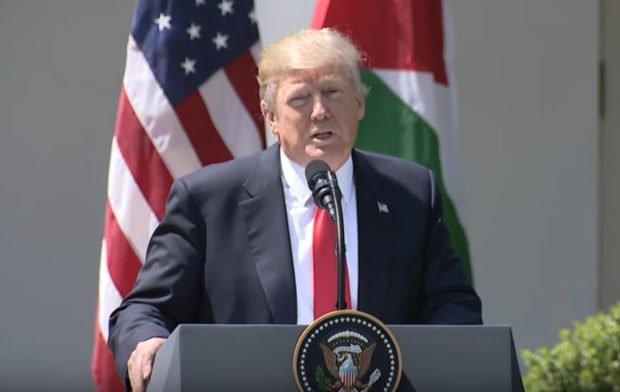 Now with all Trump’s supporters saying he betrayed them with Syria, I disagree. If he didn’t do anything the left would be hollering why didn’t he do something to stop the slaughter and be showing pictures of the babies and men, women and children being gassed. So he does something to stop the slaughter which Obama should have done the first time when Aleppo was gassed and now they complain. He’s damned if he does and damned if he doesn’t. He reacted accordingly after seeing those pictures and ordered the military to hit the airport where the gas was being manufactured. He warned the Russians there ahead of time to get out. It’s not like he bombed innocent people in a village. He even notified  congress within the 48 hour time limit.Something Obama didn’t do when he bombed Libya.

He also is showing the world that America is back and we are not fooling around. These rogue countries have gotten so use to us being so weak, passive, appeasing and wimpish under Obama they think they can walk all over us and expand their evil and we won’t react. Well they are on notice now that there is a new sheriff in town and things are changing. These people who are protesting Trump saying he betrayed them better wake up and realize that there is evil in this world that hates us because of who we are and wants to destroy us. You don’t stop it by being Mr. nice guy. You have to show strength and put the fear of God in them. Show them that if they push us we will push back and not draw lines in the sand like Obama did. As I said in my last blog, “Trump is playing 3-D chess while everyone else is playing checkers.”

Recently a man, Kassem Eid, survived a 2013 chemical attack in Syria, was speaking to brook Baldwin of CNN following President Donald Trump’s airstrikes against President Bashar al-Assad’s government after another chemical attack this week on civilians, to include children.

“What you did was amazing, what you did was a powerful message of hope for a lot of people inside and outside of Syria,” Eid said directly to Trump in a show of gratitude.

Earlier, Eid ripped not only CNN, but Hillary Clinton and her merry band of unhinged liberals who where demonstrating against Trump’s travel ban.

And Eid made it clear that Syrians want to stay in their own country.