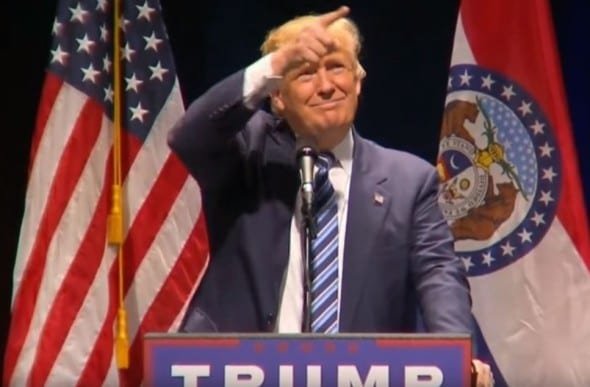 A new ABC News/Washington Post poll finds that almost everyone that voted for Trump would do so again.

The survey found that 91% of those that voted for Trump in 2016 would do so again if the election was held today and only 2% of respondents regret having voted for the president.

The findings come despite media coverage that has been near completely negative on the president.

When asked if they thought Trump had accomplished much in his first 100 days, 42% said he had while 56% believed he had not. Of those that felt the president had not gotten much done, 47% blamed Trump, 26% blamed republicans, and only 7% pointed at democrats.  The survey’s makeup of 46% Hillary voters and the chosen line of questioning create the misleading narrative that Trump is failing and only the president and republicans are to blame. Clinton supporters are not likely to see the president’s accomplishments as such which will artificially inflate the “not accomplished” number and liberal ideologues will pin the blame on Trump and republicans regardless of reality.

Despite more Clinton voters in the poll, when the survey asked those that voted in 2016 who they would vote for if the election were held today, Trump bested Hillary 43-40%.

Support Conservative Daily News with a small donation via Paypal or credit card that will go towards supporting the news and commentary you've come to appreciate.
Tags
polls