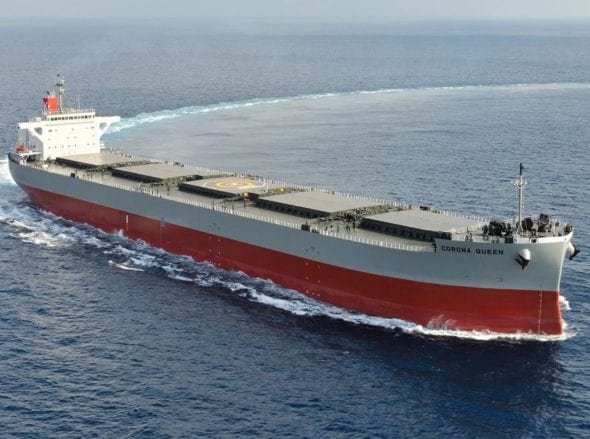 According to Reuters, China issued an order on April 7th ordering all ships carrying North Korean coal to return to their home ports without unloading their cargo.

Eikon data shows that most of these ships have recently left Chinese coal ports, including Weihai and Peng Lai, returning to North Korea full or mostly filled with cargo.

China has a massive appetite for coal which is needed to feed its power plants and steel mills. Kim Jong-un’s belligerence has led to a sourcing shift that will greatly benefit America’s coal industry which is just coming back after 8 years of Obama’s ‘war on coal.’

To make up for the shortfall from North Korea, China has ramped up imports from the United States in an unexpected boon for U.S. President Donald Trump, who has declared he wants to revive his country’s struggling coal sector.

President Trump has also ordered a carrier group to the Korean peninsula publicly stating that if China won’t help with Jong-un, America will handle him alone.

North Korea is looking for trouble. If China decides to help, that would be great. If not, we will solve the problem without them! U.S.A.

Whether sparked by China’s President Xi Jinping’s visit with President Trump last week or the president’s tweet, America’s coal industry may have a maniacal despot to thank for a sudden spike in demand at a time it desperately needed it.