Not only do we have to put up with these lunatics who are telling us that there are 27 different genders not the reality that there are only 2 genders, now they expect us to accept that there are floating genders. Will this nonsense ever end?

Let’s take a look at Harvard University. Of course more nonsense from another college, don’t kids go to college to learn anymore, or do they just go there to prove how stupid a human can be?

Harvard University’s Office of BLGTQ (they keep adding letters that no one knows what they mean) Student Life has designed a new school-sponsored gender diversity guide for students aiming to, what they call fighting transphobia and describing gender fluidity as being able to change “from day to day.”

So according to these so called intellects a student can go to class on Tuesday as a female, then go as a male on Wednesday, or pick one of the other twenty some odd genders that they have on the list. This sounds like something you would read in a comic book.

In the guide that was handed out to students it said; “Sex assigned at birth and gender identity are not necessarily the same. “Sex assigned at birth, gender identity, sexual orientation, hormonal makeup, physical anatomy, and/or how one is perceived in daily life are not necessarily related.” I don’t know what all that means but I do know this, if a baby is born with a penis, it is a male, if the baby is born without a penis, it is a female, end of story.

“There are more than two sexes,” the guide continues. “Many factors influence ‘biological’ sex, including internal and external genitalia, hormones, and chromosomes.” It goes on to say, “Even within categories of ‘male’ and ‘female,’ every human expression of sex is in some way biologically variant from the next.” Again, I don’t know what that means, but there are only two genders, male and female.

It goes on to say, “For many people — cis and trans — (what ever that means) gender expression, identity, and self-understanding can change from day to day.” “Transphobic misinformation is a form of systemic violence.” “Fixed binaries and biological essentialism, manifest in gendered language, misgendering someone, and the policing of trans bodies, threaten the lives of trans people.” Once again, what the hell does that mean? 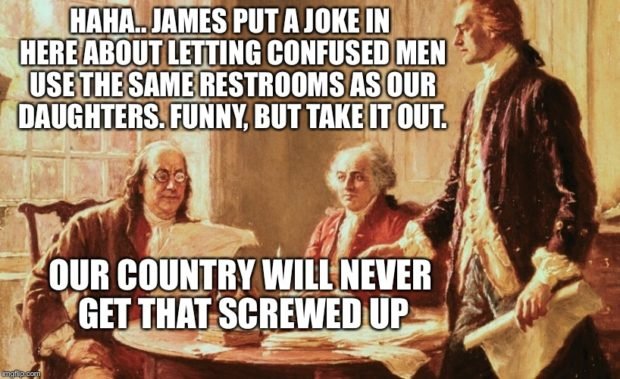 Support Conservative Daily News with a small donation via Paypal or credit card that will go towards supporting the news and commentary you've come to appreciate.
Tags
Harvard University More Stupidity From The Left Politics