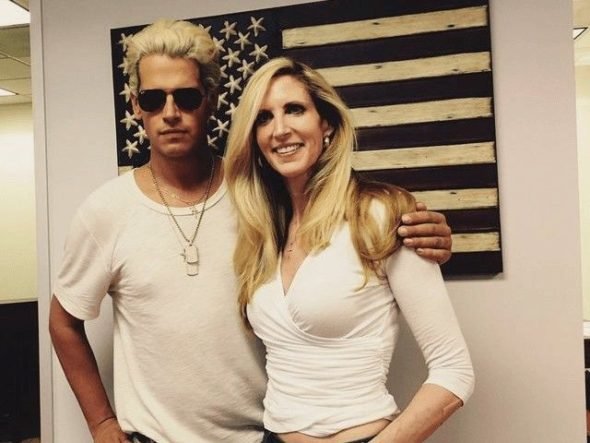 Milo Yiannopoulos and Ann Coulter are planning separate efforts to take free speech to U.C. Berkeley students and faculty whether they want it or not.

Milo released an online statement Friday announcing a multi-day event called “Milo’s Free Speech Week” which will feature some events at Berkeley “in the name of free expression and the First Amendment” to be held sometime later this year.

In a separate effort, conservative firebrand Ann Coulter announced on twitter that she would be appearing on campus as scheduled on April 27th.

GOOD NEWS FOR CA TAXPAYER! You won't be required to pay $$$$ to compensate me & my crew for rebooked airfare & hotels. I'm speaking on 4/27. https://t.co/gsScwzeDNM

Ann recently had her Berkeley speaking event canceled citing safety concerns. After backlash from students, the university attempted to reschedule the event but did so when no classes were being held on the campus and few students would be around.

The Berkeley College Republicans have threatened legal action against the school if Coulter is not offered a venue on the 27th. The group is also working with Coulter to see if another venue near the school could be used.

According to a report, journalists also tried to see if any venue in the Berkeley area would be willing to host Coulter’s event.

“Absolutely not,” one owner exclaimed. “Not only would we not agree with her politics, but we would also be concerned about the kind of crowds that she would attract.”