There are 1.6 Billion Muslims in the world, it is said that up to 12%, or 16 million, are radicalized and that’s a lot of terrorists running around the globe. There is no doubt that their immigration to other countries is no accident, they are looking to take over each country they settle in.

Germany, France, Sweden, but most of all England. “London is more Islamic than many Muslim countries put together,” says London Islamic preacher Maulana Syed Raza Rizvi. London, which elected a Muslim mayor, is now called “Londonistan” by many in England. London now has 423 Mosques many built where Christian Church’s used to be. Italian journalist and writer Giulio Meotti predicts “Given the current trends, Christianity in England is becoming a relic, while Islam will be the religion of the future.”

Within a generation, the number of churchgoers will be three times lower than that of Muslims who go regularly to a mosque on Friday. With the rise of Islam in London, we also see the rise in sharia law courts, more than one-hundred are now set up in London, which means English Common Law is becoming obsolete. Former Archbishop of Canterbury Rowan Williams and Chief Justice Lord Phillips have suggested that British law should “incorporate” elements of sharia law when that happens England is lost.

Now I’m sure many of you are saying that could never happen here, but recently school administrators at a small Florida college suspended a Christian student after he confronted a Muslim professor who told students that the crucifixion of Jesus Christ was a hoax and that Jesus’ disciples didn’t believe that he was God. After confronting this so called professor this student received a failing 52 on an essay he wrote for class, which was strange because he is a straight A student.

Most recently in Montana, Democrats have opposed a bill banning the use of foreign law in its state courts on the grounds that such legislation would target Muslims. In other words, Democrats in that state are in favor of sharia law. “I think it sends a dangerous message to minority groups both here living in our state and wanting to come visit our state, just merely on the fact that you may be different,” said Rep. Shane Morigeau, D-Missoula, while debating the bill. “I truly believe this law is repugnant. I believe this is not who we are as Montanans.”

Is this guy a complete idiot? We live in America; we live by American law and the Constitution. Meanwhile, Rep. Brad Tschida a Republican said the bill was an attempt to push back against a “constitution that is constantly under assault.” Bills specifically targeting Sharia Law have passed in states such as North Carolina, Alabama, Arizona, Kansas, Louisiana, South Dakota, and Tennessee. If these Muslims want to live under Muslim law, let them move back to their own countries. Convicted Fort Hood shooter Nidal Hasan said he will go on a hunger strike to protest America’s hatred for sharia law.

Just as a side note, a new Gallup poll says that 92 percent of Republicans are “extremely” or “very” proud to be an American. Among Democrats, 67 percent said they were proud, I guess Democrats would be prouder of America if we implemented sharia law.

England, France, Germany, Sweden and many other European countries have seen a rise in crime – especially rape. The people of these countries are getting fed-up with all this multi-culture crap, multi-culturalism does not work and it is certain death to any culture that allows it in their country.

If you move to another country, you are expected to assimilate into that culture. But Muslims don’t see it that way; they want everyone to assimilate to their culture. If we don’t stand up and fight it, we could be the next country to drop. 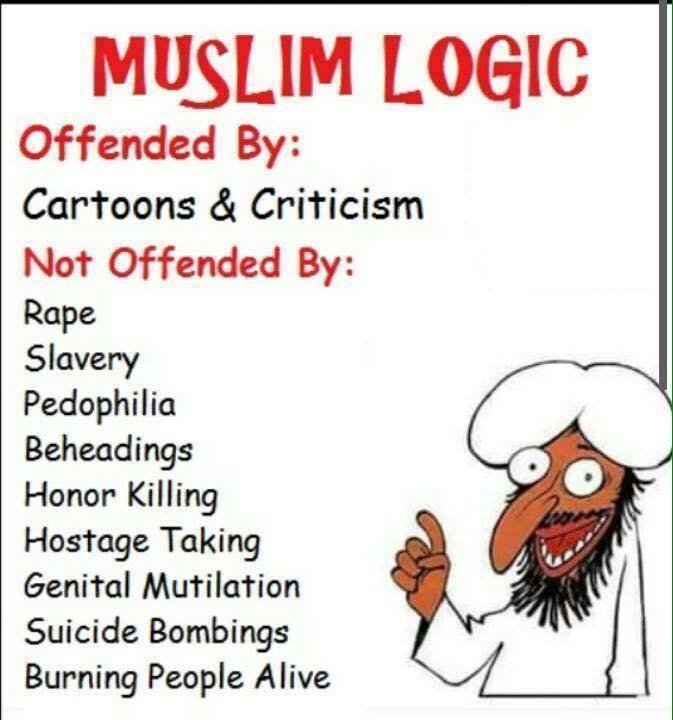 Support Conservative Daily News with a small donation via Paypal or credit card that will go towards supporting the news and commentary you've come to appreciate.
Tags
muslims Politics Sharia law