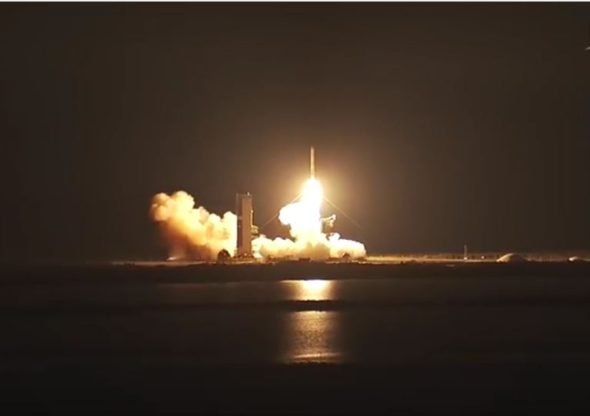 If you’ve been following me, you know I’m a huge fan of space exploration, space science and of course rockets!

This version of the Delta IV, the M+4, features a two-stage liquid-fueled vehicle supported by four solid-rocket motors (SRM’s) during the first portion of the launch. The solid rocket motors are jettisoned after burning through their fuel.

The WGS-9 is a military communications satellite that will be inserted into a low geosynchronous orbit by the Delta IV system. After test confirm that WGS-9 is operational, it will accelerate into a higher orbit.

Watch as ULA’s Delta IV rocket lifts off with the ninth Wideband Global SATCOM (WGS-9) mission for the U.S. Air Force. The launch happens at 54:40, if you don’s want all the commentary. Now, I’m off to launch my Delta IV rocket model in Kerbal Space Program.

Support Conservative Daily News with a small donation via Paypal or credit card that will go towards supporting the news and commentary you've come to appreciate.
Tags
Delta IV The Air Force United Launch Alliance WGS-9