President Donald Trump will start his official schedule with his presidential daily briefing before heading on a trip to the Newport News shipyard in Virginia for a tour, briefing, and speech aboard the first of a new line of supercarriers named for former president Gerald Ford.

The ship was originally scheduled to be commissioned in March of 2016, but technical issues have delayed CVN78’s entry into the fleet until sometime in 2017

The new aircraft carrier is fit with a first class radar suite and is the first carrier to feature the Electromagnetic Aircraft Launch System which replaces steam catapults reducing the space required below deck to store and manage steam. The new catapults also allow the carrier to launch 25% more aircraft in the same amount of time.

Video and Images from the PCU Gerald R. Ford (CVN78) 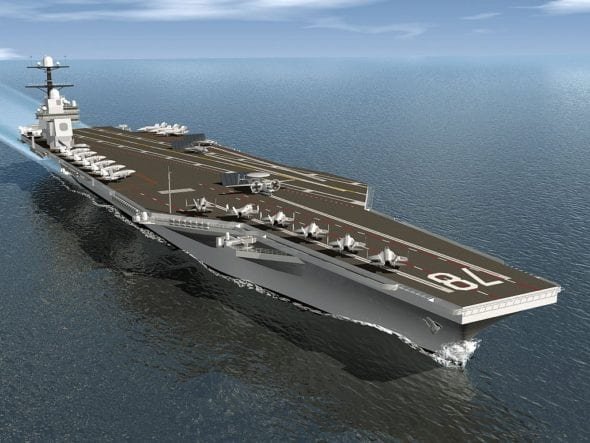 Support Conservative Daily News with a small donation via Paypal or credit card that will go towards supporting the news and commentary you've come to appreciate.
Tags
PCU Gerald R. Ford CVN78 The President's Schedule The White House Trump Administration