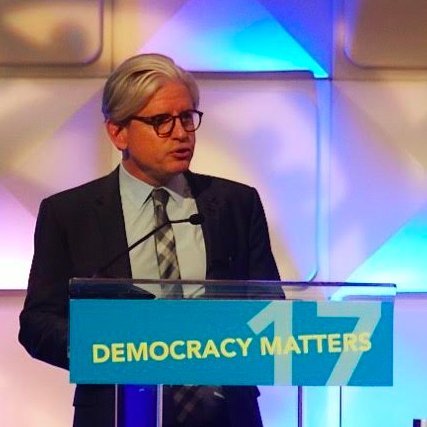 Long time ally and friend of the Clintons David Brock has offered a huge reward for anyone able to deliver Trump’s tax returns.

During Rachel Maddow’s huge letdown Tuesday night, Brock is hoping to find actual dirt and he’s willing to pay for it.

Maddow spent the day creating buzz over a “bombshell” story including Trump’s taxes. A build up of epic proportion which anti-climatically ended with a two-page 1040 from 2005 that showed Donald Trump made a lot of money and paid a lot of taxes.

.@CarleyShimkus on Maddow's tax tease: "People feel really let down and sort of misled by the tease in the tweet." pic.twitter.com/ub1DXemwRn

David Brock is offering a great sum of money, but as the only way one could legally obtain tax returns would be for Trump to release them, I’m guessing that Brock won’t ever need to pay up.

Support Conservative Daily News with a small donation via Paypal or credit card that will go towards supporting the news and commentary you've come to appreciate.
Tags
David Brock Rachel Maddow