If you’re a prepper, you probably started to relax once Donald Trump won the election last fall. You probably thought that things are ok now, and that you don’t have to worry about safety anymore.

There have been rumors about people quitting to prep as a result of Republicans winning, but is this a smart idea? As someone who’s been doing this for years, I’ve got lots of reasons why you should continue to prepare for disasters and emergencies, and to start ASAP if you haven’t done so already.

Let me make a few very good points, so you can make up your own mind…

First of all, tornadoes, hurricanes and car crashes won’t all suddenly stop happening just because he’s in the Oval Office right now. The almost 320 million documented people can’t all be protected and saved from natural or even man-made disasters. It’s just not possible. People will continue to die, as it’ll probably take decades, maybe even a hundred years to significantly reduce stats such as these.

I could go on and on with these statistics, and add things like bike accidents, carbon monoxide intoxications, rabid dog attacks and a few dozen more I’ve identified, but you get the idea.

There’s only one thing you can do, and that’s to take matters into your own hands. Sure, it’s good to know the police, firemen and FEMA can come in an emergency, but they won’t help you prevent it. Plus they sometimes arrive too late, obviously AFTER something has happened, so the best thing YOU can do is figure out which emergencies you’re most likely to face, and start prepping for them.

Since Trump’s election, the liberal and “tolerant” left has shown it can abuse people, destroy assets and refuse to accept a rightfully elected president. And now that Trump has started delivering on his promises, you can add half the country to the list of threats you may have to face, even if it’s something as minor as verbal abuse (I got plenty of that lately, by the way).

What if you’re be in a bar one night talking about Trump, when one of them overhears you, and try to pick a fight? I’m not saying it’ll happen, but since the country is more divided than ever before, you have no choice but to take personal security very seriously from now on.

Second, let’s talk about foreign policy. Although Trump’s intimidating attitude towards Iran is just what the world needed, that doesn’t mean all the other countries are scared… They will start to hate the U.S. even more, and although they aren’t powerful enough to defeat it, they will continue to cause trouble.

Now, does that mean you have to prep for a Russian invasion and World War 3? Not unless you’ve already taken care of the survival basics, but the citizens of many of the countries will start hating the US and, as a result, might abuse its citizens. It seems like everyone is abusing us, right wingers, these days.

You could be travelling abroad, someone could take notice of your accent and become violent. Far away from home with no one to help, you’re going to need means to defend yourself.

Third, keep in mind that, four years from now, the democrats might win back the office. It doesn’t make sense to ditch or sell your gear and stockpile, only to start over again in a few years.

Fourth, let’s look at some of the issues that Obama was never able to solve (some he probably didn’t intend to).

The almost $20 trillion debt. We know for sure he didn’t care about it because it doubled in his eight years of presidency. Although the stock market is looking very good these days, the debt is still a threat not just to America, but to the entire world. An economic collapse could be devastating, and it could take decades until recovery.

The megadrought. There’s nothing that can reverse it as far as I know. It’ll continue to expand and affect more and more states. Drought-tolerant plants, rainwater catchment systems and a water stockpile should be top priorities if you’re in an affected area.

I could go on and on with reasons and advice about how and why to prepare, but I I think I made my point.

The person in the Oval Office, the party that has Congress and the global power shifts are irrelevant when it comes to your own, personal survival. People will continue to die of unnatural causes, unless they prepare. Will you do the right thing?

Support Conservative Daily News with a small donation via Paypal or credit card that will go towards supporting the news and commentary you've come to appreciate.
Tags
Prepping 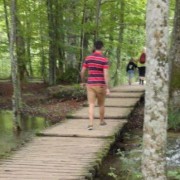 Dan F. Sullivan is on a mission: to offer for free some of the best survival and preparedness info out there. There are too many reasons to prep and no reason to ignore it. (blog)