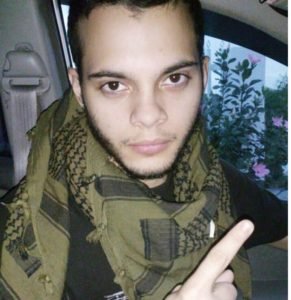 Ft. Lauderdale Airport shooting suspect Esteban Santiago had been investigated several times by different agencies prior to his murderous rampage on Friday.

Private Santiago had reportedly been investigated multiple times by Army Criminal Investigation Division (CID) and the Anchorage field office of the F.B.I.

It is known that Santiago had been discharged from the military for underperformance, but the reasons for the CID investigation has not been made public.

Esteban was interviewed by the F.B.I. after he walked into a field office in November of 2016 claiming that U.S. intelligence had been controlling voices in his head that were telling him to view ISIS propaganda material.

The F.B.I. interview ended with Santiago being handed over to local police who then had him undergo a mental health screening.

The results of the screening and other actions taken by the local police are still unknown.

Support Conservative Daily News with a small donation via Paypal or credit card that will go towards supporting the news and commentary you've come to appreciate.
Tags
Esteban Santiago Ft. Lauderdale Shooting terrorism