The mainstream media has been parroting the mantra from the left that Donald Trump is to be feared, that he’s despicable, and they’ve attached a series of accusations against him accordingly. To them, he’s a racist, misogynist, bigot, Islamophobe, fascist, and xenophobe, at least. They take the aspersions one step further, and claim those who voted for him are just the same. This is either out of sheer ignorance, or it is, as the attempted vote recount in Michigan also demonstrates, simply an attempt to delegitimize the results of the election out of desperation. 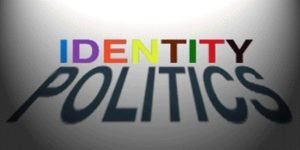 These smears represent the very worst of identity politics: “political activity or movements based on or catering to the cultural, ethnic, gender, racial, religious, or social interests that characterize a group identity.” Those who employ the tactic, whether knowingly or not, are utilizing Saul Alinsky’s “Rules for Radicals” rule number 12: “Pick the target, freeze it, personalize it, and polarize it.” And there is no better way to do so than with fabricated labels to delegitimize and minimize the target. And in this case, it’s both the president-elect and those who voted for him.

Reviewing the list of pejorative labels so employed will illustrate how specious and vacuous the tactic is. For example, let’s take the misogynist accusation first. A misogynist is, of course, one who has “hatred of, contempt for, or prejudice against women.” That’s the literal definition. But the effete elite, the same who fabricate “micro aggressions” and create “safe spaces” on college campuses, concoct a plethora of ancillary inferred meanings in an effort to legitimize their aspersions. For clearly, Donald Trump and the majority of people in the 34 states that elected him, do not hate women! 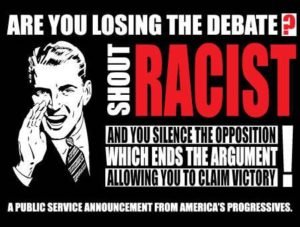 Aside from some questionable statements made years ago, the most frequently cited reason Trump, and his supporters, are called “racist” is because of his proposed wall on our Southern border. The purpose of “the wall” is to prevent illegal and surreptitious entry to the country, regardless of their nation of origin. Since illegal aliens can be crossing our porous southern border from any nation, it has nothing to do with race. “Illegal aliens,” is not a race. It’s a classification that is earned by illegal conduct. They compose a class of people – those who are here illegally, whether they’re white Eastern European, Middle Eastern, or Latino. A wall is non-discriminatory.

The “Islamophobic” allegation is equally vapid. That charge gained traction after Trump proposed proscribing immigration from Muslim countries until we can more reliably ensure that we’re not letting would-be terrorists through our front door. In other words, exercise the authority provided by the Immigration and Nationality Act of 1952 which includes a clause that prohibits entry to the US if the Alien belongs to an organization seeking to overthrow the government of the United States by “force, violence, or other unconstitutional means.” 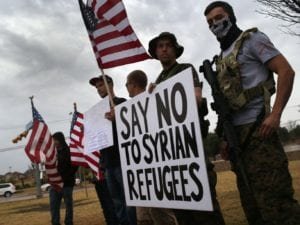 According to the State Department’s “Country Reports On Terrorism” data, the countries where most terrorist activity occurs are Iraq, Afghanistan, Pakistan, Iraq, Afghanistan, Pakistan, Syria, Egypt, and Turkey. The groups claiming responsibility for terrorist attacks in those countries are nearly entirely perpetrated by Islamic extremist groups, which follow the Wahhabi fundamentalist tradition of Jihad, which accounts for up to 10% of Muslims worldwide. In order to prevent further importation of possible extremists who would love nothing more than to cripple and destabilize America (the “Great Satan”) with terror, it only makes sense to ensure our vetting system proscribes immigration of Jihadists. This is not “Islamophobic” – it’s called national security.

Typically used in conjunction with both the “racist” and “Islamophobic” aspersions, is the accusation of Trump, and by default, his supporters, being xenophobic. Xenophobia is “fear and hatred of strangers or foreigners or of anything that is strange or foreign.” Only the intellectually challenged or dishonest can say with a straight face that efforts to protect and preserve the nation, as classified above, are “xenophobic.” It’s not a fear of foreigners or immigrants; it’s a precaution against either importing potential terrorists or allowing them to slip illegally across our border. 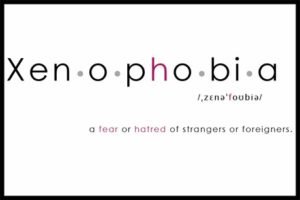 And frankly, this issue has nothing to do with immigration, which is “to come to a country of which one is not a native, usually for permanent residence.” Those who go through the legal process to immigrate are always welcome. That’s why we have quotas to control the inflow of immigrants who wish to become Americans. The problem is not with immigrants. The problem is with illegal interlopers who skirt the legal process and clandestinely enter the country, never intending to become Americans.

The “bigot” charge may have some relevance, but not in the way employed by the media who simply regurgitate the accusations of the left. Bigotry is “stubborn and complete intolerance of any creed, belief, or opinion that differs from one’s own.” Trump is anything but a bigot, by strict definition. Most of his friends and associates over the years, at least in government circles, have been liberals and progressives. They’d likely not be his friends if he was “intolerant” of them and their disparate views. The only class of people the president elect seems to truly have contempt for is “stupid” people.

And finally, the “fascist” allegation. Fascism is “A system of government marked by centralization of authority under a dictator, a capitalist economy subject to stringent governmental controls.” Historically, ideologically, and etymologically, fascism is derived from Marxist theory. It’s dictatorial, oppressive, and one of the most totalitarian forms of government. Using the term on Trump only fits with an inane, and politically motivated model for casting aspersions, for it has no basis in historical, logical, or ideological fact.

When assessed logically, we’ve never had a more “fascistic” president than our 44th, with the way he bypassed congress with his “pen and his phone” making rules and laws out of thin air, dictator-like. And his government bailouts and intense implementation of regulation, has had the stifling effect of our economy entirely controlled by the government.

If anything, Trump represents a reversal of the fascistic system he’s inheriting, by easing the onerous regulatory environment and his determination to work with congress rather than dictator-like bypassing the legislative branch as Obama has.

These attempts by the left to label the president-elect is nothing more than ad hominem name-calling, by an intellectually challenged segment of the population that is motivated by intense bigotry against anyone who doesn’t think precisely the same way they do.

The same applies to those who elected him. Trump was not elected by racist, xenophobic bigots. He was elected by voters who are sick of the corruption, cronyism, imposition of Washington’s ideological whims, and the racial divider at the top. Voters who knew that a vote for Clinton would just be more of the last eight years and realized that the only way for some real “hope and change” would come by electing an outsider.

Calling names, assigning pejorative labels and ascribing assumed motives does nothing to improve the public dialogue or assuage the ideological chasm that divides us. If we’re to be “One nation under God,” and truly the United States of America, we must move beyond the superfluous and unwarranted ad hominem aspersions and approach our politics, and our politicians, with candor and precision. Otherwise, we’re simply contributors to the division. Part of the problem, rather than the solution.

Support Conservative Daily News with a small donation via Paypal or credit card that will go towards supporting the news and commentary you've come to appreciate.
Tags
ad hominem attacks Politics