I am a voice in support of the Republic of the United States of America.

I am Baltazar Bolado.

I declare my adoration and loyalty to Liberty and inspire the objective of the United States’ Citizens to pursue happiness.

I am concerned about the state of our country.  I believe that our beloved Republic has lost its way.

Many times in our history our country has been threatened.  We—the Citizens of the Republic—have always saved it from extinction.

Today, our Republic is faced with great threats.  Out of control debt, that will reach $21 trillion within the next few months, our inability and refusal to secure our borders, and the lack of integrity in our politics—to name a few.

A responsible US Citizen has only to take a look at the Debt Clock in real time to see we cannot continue in the direction we are going.

An imagination of Jamestown saddens me.  Then inspires my soul.

It leaves me feeling inadequate. 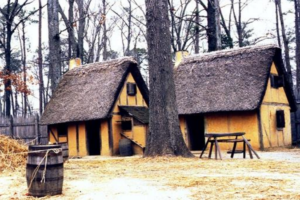 Confronting the immensity of the Atlantic Ocean, after that to land on a strange land in the spring of the year, with the memory of the “Lost Colony still fresh on their minds, the 100 members of the Virginia Company dared to institute ruthless laws to survive the harshness of winter, and the feral beast.

James Forte—built in a triangle around a stockroom for weapons and other provisions, a church, and some houses—provided little sustenance in the first years after their 1607 landing.

The brutal weather and cruel environment led to many dying of starvation and disease.

The following year, Captain John Smith enacted a “no work, no food,” law.

The edict led to broader contracts which called for stronger, tougher, stricter leadership.  Until, ultimately, the colony introduced the military law, imposing harsh punishment to those who refused to comply.

Jamestown survived due to the courage of the early Patriots to accept tough leadership and the resilience within their hearts of the idea of Liberty and autonomy.

Jamestown continued to exist throughout the century and into the next, ceasing to exist as a town in the mid-1700s.  But it left behind the legacies expressed in the Constitution of today’s the United States.

While many today believe that Liberty and tough leadership are not compatible, quite the contrary, they are much aligned with each other.

If our Republic is to survive through the present day “starving time” it will require the same mindset, character, and tenacious spirit displayed by the Patriots who endured the trials and sufferings of Jamestown. 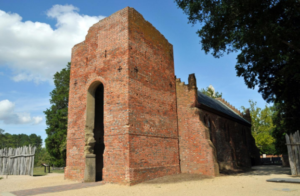 While I am not endorsing that tough leadership nature of John Smith’s “no work, no food” law, I am saying that if we don’t balance our budget, we will lose our ability to pay our debts.

Sovereign default is not a pretty picture.

Poverty is not a picnic.

Ask India, South America, and Africa, or any of the other countries who fall into its pit.

Our country is strong—we will not fall into such an ugly hole.

However, we will lose some or all of our economic might and influence.

Our posterity will be negotiated, perhaps even forfeited.

We need a John Smith or a Jane Smith—I care not which.

Clinton is not the answer.

While she’s not been a leftist in her past, she’s a tax and spends liberal, unlike her husband who was more centrist.

There’s only one candidate who can address the most pressing issues facing our Republic.

Donald Trump is not the right messenger, nor the perfect candidate.

However—at this time—his message is the tough leadership our country must have if it is to endure. 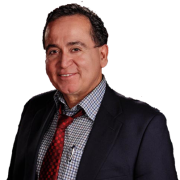 Baltazar Bolado is an American author, blogger and Patriot. Baltazar's love for his country is evident in every piece of content he develops. His focus in writing is about creating compelling stories that focus on things that matter. Faith, family and country. Follow him to get inspired. BaltazarBolado.com