For years, I like many other Americans have watched America become not America, at least not the America we have known and loved. For years we have watched how America has taken a sharp left turn and made what was once considered wrong, right and what was once considered right, wrong. Political correctness took the place of truth. Common sense became a thing of the past, there were no consequences if you did anything wrong.

We have watched freedom of religion under attack, we cannot disagree with views that offend us, like abortion, same sex marriage, and homosexuality, why even saying Merry Christmas was frowned upon and made people feel guilty just for saying it. Little by little God is being removed from our society. Bibles are forbidden in our military along with quotes from scripture.

We sat and watched when radical Muslims created havoc around the world and in our own country but we couldn’t even say the name of the enemy. Our enemies became a protected class while Americans were persecuted if we dare say radical Muslims.

When on the phone we have to press 1 for English, it seems like multiculturalism has taken over our country. What happened to the days when people came here and became part of the American culture? Cities across the country are changing the names of holidays to imply a cultural sensitivity, once again what about the American culture, they’re supposed to come here to be Americans. If multiculturalism is allowed to continue we can kiss America goodbye.

We have watched as government grew larger while our individual rights and freedoms shrunk. The government can now force us to buy a product or get fined if we don’t. We watched as the students in colleges started running the campus while the administrators sat back like frightened sheep under their desks. We sat there and were forced to allow men into women’s restrooms.

We watched as educators taught our children that our Founding Fathers were bad people and that America was a bad place. We have people shouting about slavery in America when slavery ended over 150 years ago. The pledge allegiance is optional and patriotism is frowned upon. America has created a generation of creampuff cry babies and many will go through life considering themselves victims.

We watched as an open boarder policy let in millions of illegal immigrants, along with criminals, drug dealers and billions of dollars of illegal drugs. Illegals were given millions of taxpayer dollars while our veterans were dying waiting for medical attention.

But it won’t be easy, after eight years of a failed administration it is going to be an up hill climb. I just pray we didn’t wait too long to correct it. At least America missed a bullet, we almost had Hillary. 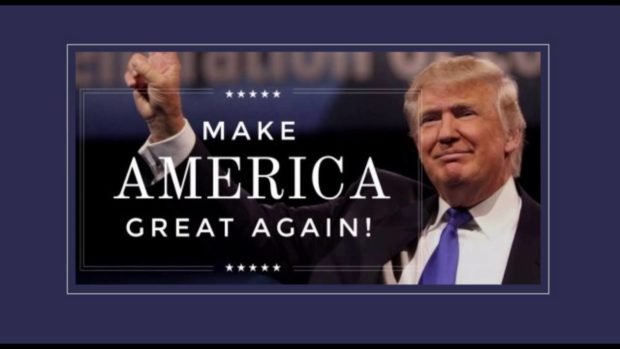