In several major U.S. cities across the country, protests erupted over the election of Donald Trump, with some of the rhetoric taking a violent turn. In Los Angeles, where over a 1,000 leftists took to the streets; protesters burned an effigy of Trump and one vocal Latino woman openly called for a violent revolution, while burning American flags.

Why is it always the left, Democrats, Liberals, and Progressives that cause all the violence? When things don’t go their way they automatically destroy property, cars, stores and anything else they can lay their destructive little hands on. These are the same people that hold up signs that say “love not hate,” as they beat up Trump supporters, they are the haters in this country; they are truly the Fascist’s in this country.

The dictionary states a Fascist as:  A fascist is a follower of a political philosophy characterized by authoritarian views and a strong central government — and no tolerance for opposing opinions. Notice the last part of that definition, no tolerance for opposing opinions, which is exactly what is going on with the Left. Their candidate didn’t win, so that gives them the right to go out and destroy the world?

I can’t tell you how much I disliked Obama being president, I think he was the worst president in my life time, and I was born when Truman was in office. But hey, he was the president I didn’t go out and burn down a building or set a car on fire, I lived with it.

There is a reason that every Democrat that runs for president is backed by the Socialist Party of America and the Communist Party of America, because that is what the Democratic Party has become. I don’t understand what these little Fascists think they are going to accomplish, Trump is going to be the president for the next 4 years and there is nothing they can do about it. I bet you most of these idiots didn’t even vote. There is an old saying, “If you don’t vote, you have no right to complain.”

Throughout the campaign I always said it wouldn’t be a close race, who ever won Clinton or Trump, they were going to win by a landslide, so Trump did, get over it. Trump won because the majority of this country is tired of idiots like them. 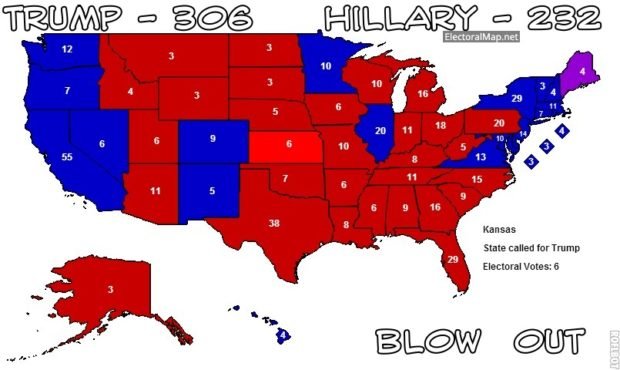