The media is heavily biased against Republicans in-general and Trump specifically, but now, a Reuters cameraman puts a specific news organizations’ favoritism to the test.

Donald Trump attended services and gave a short speech at the Great Faith Ministries Church in Detroit on Saturday.

He was presented a bible and to the horror of Reuters producers, an african-american pastor gave Trump a prayer shawl and proceeded to bless him. 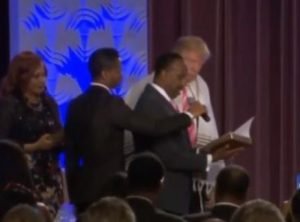 As the shawl was placed on Mr. Trump, the cameraman was told to turn away from the blessing. The cameraman responded “I’m not leaving. I’m shooting this, I don’t care what… I’ll take a demotion for this.” The cameraman’s refusal put the onus on the producer/director to make the call of whether to put Reuter’s bias on display or broadcast an event that would show Trump in a positive light.

Apparently the higher-ups weren’t going to risk their jobs for the sake of fair reporting the truth. The feed was cut…

Reuters was likely hoping to capture negative interactions between the black community and Trump thereby promulgating the false narrative that the Republican presidential candidate is a racist.

During the event, Trump received a standing ovation, bible, prayer shawl and a blessing – with heavy applause. Something Reuters just couldn’t be a part of. 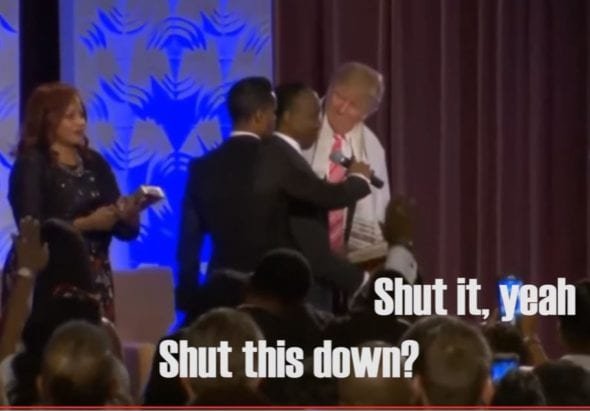 Support Conservative Daily News with a small donation via Paypal or credit card that will go towards supporting the news and commentary you've come to appreciate.
Tags
2016 Election News Great Faith Ministries Reuters