Many years ago, a courageous and devoted American broadcasted a message to his listeners that served as a harbinger for where the nation was headed socially and culturally. In his broadcast he revealed what he would do if he were “the devil,” to destroy our culture and undermine our collective societal standards and social mores. That man was Paul Harvey Aurandt, affectionately known to the nation simply as Paul Harvey, and his message not only has proven to be prophetic, but serves as a warning to Americans today of where our society continues to trend. 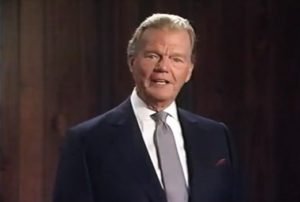 Paul Harvey was a broadcaster who rendered daily news on the radio from the 1950s through the 1990s, and inspired generations of Americans with true stories of goodness and heroism with his daily, “The Rest of the Story.” He was awarded the Presidential Medal of Freedom in 2005 for his contributions to the nation. At his peak, his broadcasts reached as many as 24 million listeners and readers, as 1,600 radio stations and 300 newspapers carried his program and columns across the nation.

One broadcast, which he titled, “If I Were the Devil,” ran originally in 1964, but he updated it several times over the years, and the version detailed below aired in 1996. In Paul Harvey’s own words, here is what he said he would do, if he “were the devil.”

“If I were the prince of darkness, I would want to engulf the whole world in darkness. I’d have a third of its real estate and four-fifths of its population, but I would not be happy until I had seized the ripest apple on the tree — thee. So, I would set about however necessary to take over the United States. 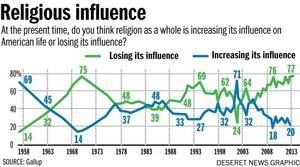 “I’d subvert the churches first, and I would begin with a campaign of whispers. With the wisdom of a serpent, I would whisper to you as I whispered to Eve: ‘Do as you please.’

“To the young, I would whisper that the Bible is a myth. I would convince the children that man created God instead of the other way around. I’d confide that what’s bad is good and what’s good is square. And the old, I would teach to pray after me, ‘Our Father, which art in Washington …’

“Then, I’d get organized, I’d educate authors in how to make lurid literature exciting so that anything else would appear dull and uninteresting. I’d peddle narcotics to whom I could. I’d sell alcohol to ladies and gentlemen of distinction. I’d tranquilize the rest with pills. 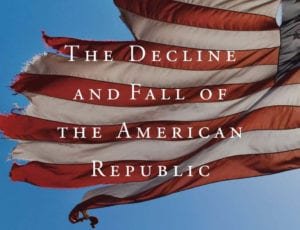 “If I were the devil, I would encourage schools to refine young intellect but neglect to discipline emotions. I’d tell teachers to let those students run wild. And before you knew it, you’d have drug-sniffing dogs and metal detectors at every schoolhouse door. With a decade, I’d have prisons overflowing and judges promoting pornography. Soon, I would evict God from the courthouse and the schoolhouse and then from the houses of Congress. In his own churches, I would substitute psychology for religion and deify science. I’d lure priests and pastors into misusing boys and girls and church money.

“If I were the devil, I’d take from those who have and give to those who wanted until I had killed the incentive of the ambitious. What’ll you bet I couldn’t get whole states to promote gambling as the way to get rich?

“I’d convince the young that marriage is old-fashioned, that swinging is more fun and that what you see on television is the way to be. And thus, I could undress you in public and lure you into bed with diseases for which there are no cures.

“In other words, if I were the devil, I’d just keep right on doing what he’s doing.”

Everything Harvey saw as nascent trends back in the 60’s has come to fruition. And realizing that many readers may not believe in the devil, per se, doesn’t change the fact that these portents have achieved fruition. Whether the causality is the adversary, other nefarious evil or injurious sources, or merely the result of wanton and hedonistic human nature, the culmination of these destructive trends in society has ripened dramatically in recent years.

Some benighted souls may interpret the dissolution of our most fundamental institutions, the defloration of our cultural mores, the rejection and denunciation of God, and the abandonment of standards of decency as “progress.” But to any with even a modicum of conscience, ethical grounding, or even objectivity in assessing our social viability from a historical perspective, we’ve not evolved as a society; we’ve devolved. Not unlike previous great cultures before us. 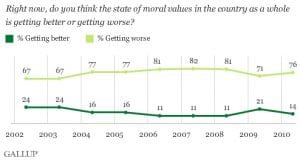 As intellectual historian Gertrude Himmelfarb has summarized, “What was once stigmatized as deviant behavior is now tolerated and even sanctioned; what was once regarded as abnormal has been normalized . . . . As deviancy is normalized, so what was once normal becomes deviant. The kind of family that has been regarded for centuries as natural and moral – the ‘bourgeois’ family as it is invidiously called – is now seen as pathological.”

Alas, where do we go from here? Do we continue to plunge to new depths of degeneracy as a society, or do we rise as a phoenix, reversing our downward spiral to nihilism? The answer lies in each of us, individually and collectively, and whether we, by honest introspection and appraisal, acknowledge our own failures and shortcomings, and determine to do better.

Support Conservative Daily News with a small donation via Paypal or credit card that will go towards supporting the news and commentary you've come to appreciate.
Tags
Cultural Decline