I try to approach this stuff with some measure of even-handedness as news outlets generally tell the story well albeit with some bias .. but trying to understand how any thinking person can swallow this load of crap makes it impossible to report it as news – It is not – this is propaganda.

NBC News (yeah, yeah, I know… ) producer Monica Alba tweeted out that Hillary has cancelled her campaign/fund raising events on Monday and Tuesday so that she can rest and recover from pneumonia.

Just in: Hillary Clinton will NOT be traveling to California tomorrow or Tuesday, per an aide. She continues to rest at home in Chappaqua.

What Ms. Alba and the rest of the press should be asking the Clinton campaign is why the heck didn’t they take her off the road on Friday when her doctor says she was diagnosed? This sounds more like the diagnosis was concocted to cover her underlying health issues once they became all-too-obvious to the general public.

Hillary’s schedule has gone from relaying Clinton’s appearances to what is now a crowded list of events by just about anyone that is doing anything anywhere related to Clinton.

For comparison, here’s Trumps schedule page for this week. It has several events, but it shows only events in which Trump will be present – what his followers would want to know: 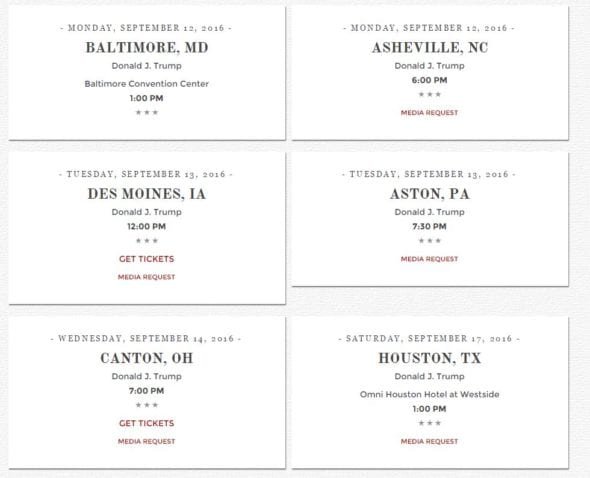 Now, here’s Hillary’s cluster of a schedule that rarely even mentions the candidate: 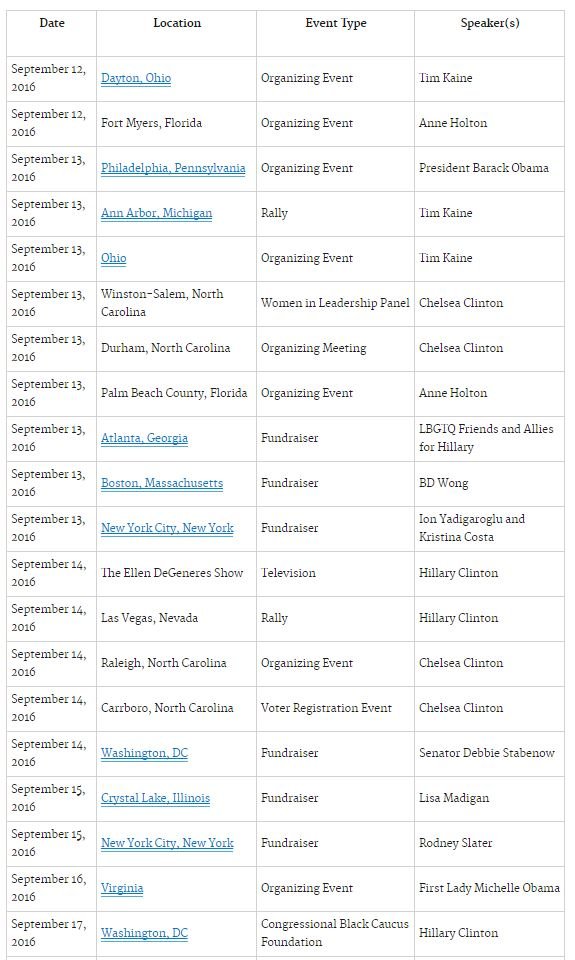 There is no reason to put the appearances of B.D. Wong, Kristina Costra, Anne Holton, Lisa Madigan  and Rodney Slater unless you’re just trying to make your schedule not look as empty as it actually is. If we distill Hillary’s schedule down to the honest representation that Trump provides it looks more like this:

No link to buy tickets, get press passes or in any way interact with the candidate. Just a listing of three whole events.

Hillary may or may not have pneumonia, but suddenly thrusting that “diagnosis” out after a weekend full of events doesn’t pass the smell test – and they know it. That is why they could NOT have her admitted to a hospital that might have been unable to participate in the mirage of #HillarysHealth.