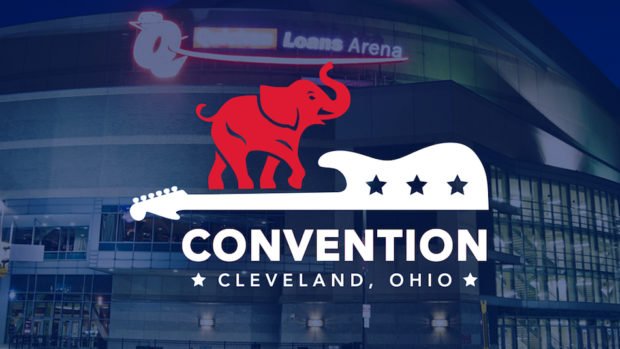 So far this Republican Convention has been the most fascinating one I’ve seen and definitely must see TV and Wednesday night was no exception. Featuring very passionate speakers who kept your attention and glued to your seat the convention got off to another whirlwind night.

A highlight that turned into anger and disappointment was Ted Cruz’s speech. Up until this time he hadn’t endorsed Donald Trump and everyone was thinking that he would, but he didn’t. As he appeared on stage, Cruz basked in a minute-long standing ovation. Cruz finished second to Trump in the crowded Republican primary campaign and congratulated the GOP nominee on his victory.

Cruz went into a very descriptive and emotional dissertation on police officer Michael Smith who was one of the five officers gunned down in Dallas and how his wife and daughter saw him for the last time on that day. Cruz got in a few digs at Obama and Hillary and her “what difference does it make” comment on the men who died in Benghazi. He mentioned how Obama wants to close Gitmo and open borders and import terrorists which is all true, but as close as Cruz came to saying he wanted Trump to win the White House came when he said: “I want to see the principles that our party believes in prevail in November.”

Cruz walked a thin line and didn’t tell the convention crowd that he plans to vote for Trump. Nor did he ask his supporters, hundreds of whom encouraged him to run for president in four years at an event on Wednesday afternoon, to vote for the newly minted Republican nominee.

Interrupted by chants of “Trump, Trump, Trump,” Cruz paused and said with a smile, “I appreciate the enthusiasm of the New York delegation.”

But as Cruz closed his remarks, and as the crowd of more than 2,000 delegates at the Quicken Loans Arena waited for Cruz to say something — anything — kind about Trump, he demurred.

“And to those listening, please, don’t stay home in November,” Cruz said. “Stand and speak, and vote your conscience. Vote for candidates up and down the ticket who you trust to defend our freedom and to be faithful to the Constitution.” Ted Cruz shocker! ‘Vote your conscience’

As he left the stage people booed him. He was another one who along with   Bush, Kasich and Lindsey Graham who signed the pledge saying they would support the candidate and then reneged.

Following Cruz Eric Trump, Donald’s younger son came out and told how his dad is a man who loves his country and wants to see America great again. Eric mentioned all the companies that are leaving the country and how his dad will bring them back. Eric mentioned about the movement that was created and records he broke. Eric said the time has come for a man who appreciates the value of a dollar.

Following Eric was Newt Gingrich who was introduced by his very attractive platinum blonde wife Calista. Newt gave a very direct, inspiring and passionate speech about radical Islam and how they are here and want to kill us all. Newt mentioned all the countries that had hundreds killed in the last 30 days and 30,000 killed since 2015 around the world. “This is not about politics,” Newt tersely warned, “It is about our safety. The cost of Hillary’s dishonesty is the loss of America.” Newt told of the interview Donald once had with Oprah Winfrey, which has been going around the internet now from about 20 years ago, when she asked him if he would think of running for president and he replied, “Only if things got so bad that I would be forced to.”

Rounding out the night was Mike Pence Donald’s VP. Up until this time I was little apprehensive of Pence because I wasn’t familiar with him and just saw him once with Sean Hannity so I decided to study him up close and personal. I found him to be very affable, sharp as a tack, to the point as well as kind and considerate with a good sense of humor and a great family. My wife kept channeling a cross between actor James Brolin and Johnny Carson. :) I had to agree.

Pence reminded everyone that Hilary will be a third Obama term with more taxes, more regulations and more government in everyone’s lives. He also noted how this election will decide the supreme court for the next 40 years and Hillary’s choices would be very radical.

Pence said how he created 150,000 new jobs in his state and unemployment was down and he turned a debt into a surplus. “Conservative principles work every time you put them to use,” Pence said.