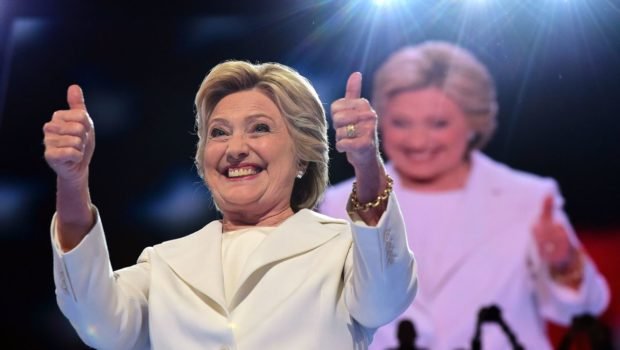 When I was growing up my mother always embedded in me to “be anything, but don’ t  be a liar.” I can imagine what she would think of today’s politicians on both sides. Upon watching he democrat convention alI I see is lie after lie after lie. It’s not that I disagree with them which would be one thing, it’s the fact that I can tell a bold face lie when I see one a mile away.

Joe Biden said when it comes to the middle class and government   Donald Trump does not have a clue and gets the minions on the floor yelling “no clue, no clue”. Well neither does Obama. Obama recently said the world is less violent now. Really?  The whole world is up in flames and he says it’s less violent?  Talk about having no clue. Bill told this fantastic romance story about him and Hillary that sounded like a Harlequin romance novel when they had one of the worst marriages in history. It has been speculated that it was just a marriage of convience   anyway. He cheated on her with hundreds of women. She berated him and the staff constantly throwing tantrums and throwing ashtrays and vases at him. Now he jets off to Epstein’s pedophile Island 20 times. Doesn’t sound like a romantic marriage to me.

Howard Dean said 90%of the people are on Obamacare and Trump will take 20 million off of it. That’s a lie too as Obamcare is failing because it is too expensive and the deductibles are too high.

Obama gives a talk about how wonderful our democracy is when he has been ruling with his pen and phone bypassing congress.

Which brings  us to the final night.  In all the four nights   almost every speaker attacked Donald Trump unmercifully. In fact they attacked Trump and republicans more than Trump and republicans attacked Hillary which shows the republicans are on a higher level in my book. They accuse him of fostering hate but their vicious attacks on him amount to hate speech whether they know it or not. When I see some of these speakers sounding like preachers and rebel rousers and the people cheering wildly it tells me how easily these people are manipulated.

When I first started watching tonight Nancy Pelosi was on. I noticed she copied Trump by saying we must be smart and strong in combating ISIS. She also said if you are on the no fly list you should be on the no buy list. I seem to remember Trump saying that one time. Her speech was fairly tame and conservative sounding and I can deal with that kind of speech while disagreeing with it. Up until now no democrat speaker has mentioned ISIS. Trump and Sean Hannity criticized them for not mentioning ISIS so now they are mentioning it.

After Nancy married  actors Ted  Danson and Nancy Steenburgen came out who had been friends with Hillary since 1978. They told how she fought for children and is tough and gets right back again after being knocked down. They introduced six young people who are having a tough time making ends meet and advocated for a $15 an hour minimum working wage.

Pennsylvania Governor Tom Wolf talked about how Trump stiffed his employees and said he runs his businesses to enrich himself. He said Hillary will see that companies share their profits with their employees. Hey Tom I hate to tell you this, but most companies do that today with 401K plans. I know because that’s what I am living off of now.

Doug Elmets, a former Reagan speech writer copied Lloyd Benson’s speech with Dan Quayle that time saying “Donald I knew Ronald Reagan and Donald Trump you’re no Ronald Reagan.  He was probably thinking no one would remember that  or else they were too young and not born at that time so I’m exposing him here. He said the republican convention was anti-white, anti-woman and anti-gay which was a big fat lie since women, blacks and gays spoke at the convention.

A young girl named Jennifer Perotti said she was a republican and voted republican all her life but felt republicans have abandoned their principles so she’s voting for Hillary. She said Trump’s comments about women were too crass to repeat here. Hey Jennifer never mind that Hillary does the same thing calling the women her husband raped and assaulted  “bimbos.”

Former NBA  baskeball player kareem Abdul Jabbar made an appearance on behalf of muslims and criticized Trump for wanting to register Muslims and prevent them from coming into the country. Hey Kareem Trump just wants a temporary ban on Muslims like Jimmy Carter did with  the  Irananians .So far in the last ten years 3000 people have been killed by Muslims around the world not counting here on 9/11  and there have been five major attacks on our soil all by Muslims and it is reported that ISIS is in all fifty states now. A Muslim family who lost their son in Afghanistan in the army also criticized Trump for banning Muslims.

Retired General John Allen came out with a bunch of former veterans from previous wars. He gave a resounding speech that sounded like a cross between a college football coach pepping up his team in the locker room and a general psyching up the troops before going into battle. He said Hlllary is a strong leader who will protect us and defeat ISIS. He said our military is the strongest in the world and our allies will respect us. Does he realize that Obama has down sized us to pre- WW11 levels and we have to get spare parts for planes from airplane graveyards?

Finally the time came for Hillary .Introduced by her daughter who came out in a red dress telling stories about growing up with her mother and father, Hillary entered to thunderous applause and flags waving wearing a white pantsuit.

She spoke for an hour bashing Trump while pushing up her own qualifications, “I’ve been to 112 countries and we’re not weak,” she said. She criticized Trump on ISIS saying, “Don’t  believe anyone who says I can fix it alone.” Trump shouldn’t have said that even though I know what he meant.

She said she’ll be a president of all Americans, Democrats, Republicans and Independents. She went into all the things that need fixing and said Wall street, the rich and top1%will pay their fair share. That’s where she fits is so I hope she chips in with all the millions she has in her Clinton Foundation.

She bashed   Trump saying you can’t trust a man with nuclear weapons who tweets all the time. And said Trump does not offer real change. She also told the need to appoint supreme court justices. This is another reason this election is so important. Her judges will be far left judges.

I thought her speech was good but very hypocritical in parts. I agree with Britt Hume who said her speech was very good , but her tone makes you feel like a high school kid being brought into the principal’s office to  have the riot act read to you. I can just imagine what it’s like around her like people who know her have said.

Hillary is all power and greed and will say and do anything to attain and keep that power and greed. So all you Hillary supporters don’t come crying and say’ Hillary what happened’ when she betrays you and she will betray you. All politicians do.