Shultz instead attempted an early Monday speech to the Florida delegation during which she was constantly booed, interrupted and otherwise jeered:

The negative attention comes as WikiLeaks released tens of thousands of emails, some of which contain evidence of the pro-Hillary/anti- Bernie bias in the Democrat party that Bernie Sanders and his supported have been saying has existed. The Democrat party primary was rigged and some are not so thrilled with the former chairwoman.

The rest of the program will likely poor red meat on the problem in the hopes of distracting progressive activists from the obvious corruption at the highest levels of the party.

Here’s the heart of the line-up that the DNC hopes to use to quiet those that refuse to just fall in line:

It is going to be interesting to see if Bernie and Michelle can change the minds of those that “felt the bern.” 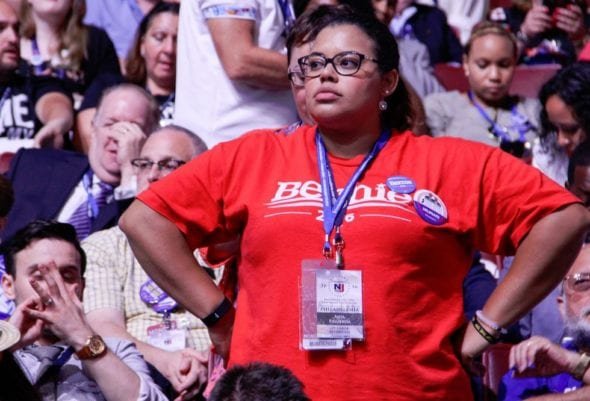 Support Conservative Daily News with a small donation via Paypal or credit card that will go towards supporting the news and commentary you've come to appreciate.
Tags
2016 Election News Democrats The Democratic National Committee