The strategic maneuvering that takes place behind political debates is often far more interesting than the turgid events themselves. 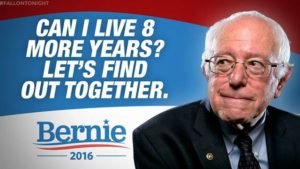 In Houston a while back I was media consultant for the first female mayoral candidate who had a legitimate chance to win. Kathy Whitmire was matched in a runoff against Sheriff Jack Heard. We wanted a debate with Heard because as incumbent sheriff he was both very well known and the swaggering, macho embodiment of the Houston mentality (no pun intended).

Our campaign needed to prove a diminutive Whitmire could hold her own when faced with a larger–than–life Heard.

Initial debate negotiation was bungled by our side and the Heard campaign refused to return to the table. The Whitmire campaign had to put enough pressure on Heard to have this crucial debate before the vote. The TV station that agreed to host the confrontation was too timid to let Whitmire have the time solo and debate an empty chair.

Heard had to be on stage, too.

Local news assumed the debate wouldn’t happen and had moved to cover the latest car wreck. Our only hope was to buy pressure. We announced that debate negotiation teams had been sent out with authority to confirm a debate. The teams were waiting inside Heard’s campaign HQ, his lawyer’s office and the sheriff’s office. Each of the teams had full authority to agree to a debate if only two conditions were met: Same questions and same amount of time to answer.

The teams were ignored.

On to step two: Using political jujitsu against Heard, I tried to turn his manly–man image into a weakness instead of an asset. I wrote a full–page newspaper ad that appeared in both daily papers. The headline read: “Sheriff Jack Heard, Come Out and Fight Like a Man.”

That same day during a news conference at Heard HQ the Whitmire campaign drove a Winnebago into the parking lot with a sign on it that read: “Debates Arranged While You Wait.” The media saw it and the news conference became chaos.

Heard cratered and agreed to debate the same day.

Last week it looked like my coup had been one–upped by a septuagenarian Socialist.

Bernie’s offhand mention that he would be happy to debate Donald Trump was absolutely inspired. His situation is similar to Whitmire’s; he’s got a big primary coming and the leading candidate refuses to debate.

Since the two have already appeared in quite a number of one–on–one debates, and Saunders lost the last primary featuring a debate, it’s easy for Clinton to make the case that her priority right now is avoiding FBI interrogation and not appearing on a debate stage where subpoena servers can find her.

Besides she and the rest of the party establishment want the Ancient Marxist out of the race so she can consolidate Democrat support and concentrate on the general election.

Fine. So Bernie decides to debate Mr. Bogeymen himself — Donald Trump — and bypass Hillary altogether. It’s a classic example of political jujitsu. Bernie’s looking at a debate that would have garnered ten times the viewership a snooze–fest opposing the pantsuit cyborg would rate.

Instead two of the least prepared “debaters” in history would go toe–to–toe in an almost content–free event. Whose buzzwords and clichés would carry the day?

Bernie gets more exposure, he makes himself look worthy of the nomination by opposing Trump when he doesn’t have to and he steals news cycle after news cycle from Clinton as she seethes while dodging questions about why she won’t debate.

The 15 minutes Trump would devote to debate preparation would have paid off handsomely. Trump could boast he doesn’t care who the Democrats nominate — he will beat them all. Leading up to the debate, he could have offered to make another campaign contribution to Hillary if she would appear, too.

When faced with this tremendous opportunity dropped in his lap, The Donald choked.

He went all PC on us and even invoked the “inappropriate” word in declining to meet Bernie. Trump casually tossed aside the biggest free media opportunity of the cycle and inadvertently did Hillary a big favor. What a shame!

Now that fanatics have forced Ringling Brothers to give up elephants, Trump could have been the ringleader of the greatest show on earth.

Support Conservative Daily News with a small donation via Paypal or credit card that will go towards supporting the news and commentary you've come to appreciate.
Tags
Bernie Sanders debates Kathy Whitmire Politics