SpaceX is putting yet another satellite into orbit in just a few hours according to Spacex.com:

Each launch carries a commercial price tag of about $62million dollars and is expected to launch at 1:21am ET.

The mission is intended to put the JCSAT-14 satellite into geostationary transfer orbit which will keep the satellite over the same area 24/7.

If you’re wondering how a geostationary orbit is achieved – here’s the video! 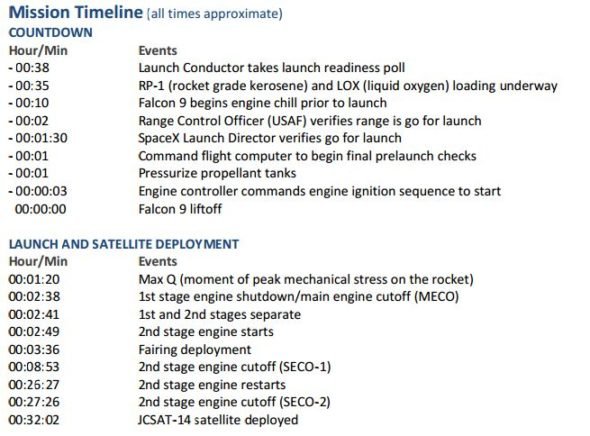 But even SpaceX isn’t fully optimistic about the spacecraft’s full mission profile:

Following stage separation, the first stage of Falcon 9 will attempt an experimental landing on the “Of Course I Still Love You” droneship. Given this mission’s GTO destination, the first-stage will be subject to extreme velocities and re-entry heating, making a successful landing unlikely.

Support Conservative Daily News with a small donation via Paypal or credit card that will go towards supporting the news and commentary you've come to appreciate.
Tags
Elon Musk SpaceX