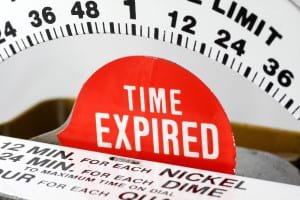 I am well aware Donald Trump isn’t a conservative. What’s more, I’ve seen no indication that he’s interested in adopting a consistent constitutionally conservative philosophy. He’s the personification of the “random walk” brought to politics.

But none of that matters.

For our purposes we don’t need James Madison. The fact that Trump’s background is closer to that of Ashley Madison is entirely irrelevant to the tremendous service he can perform for conservatives.

What Donald Trump understands is winning and winning’s corollary: Getting even. And that’s why he’s the perfect candidate to give conservatives a real chance of achieving our greatest victory in the last 50 years.

And that’s where two words become crucial for my vote: Term limits.

If Trump adds term limits to his signature issue of immigration then I’m instantly a Trumpista. Term limits is another perfect issue for Trump and his eclectic assembly of voters who are fed up with a self–serving, unresponsive and corrupt political establishment.

Marco Rubio (R–Amnesty) might claim to be a unifier, but Trump really is. Republican and Democrat leadership in both the House and the Senate are completely united in their hatred and utter contempt for Trump and his supporters.

They would sooner get in a hot tub with Mullah Omar than invite the average Trumpista to a townhall meeting.

This week Senate Majority Leader Mitch McConnell (R–Weasel) said Republicans will drop Trump “like a hot rock” if he’s the nominee and the gopher–like McConnell gave them permission to run negative ads attacking their own presidential candidate! For the first time in history instead of fleeing a sinking ship, establishment rats are advocating mutiny.

President Trump will owe these cravens absolutely nothing except retribution.

That’s why he’s the ideal candidate to make term limits an integral part of his campaign. Term limits is an issue with overwhelming support in the electorate that’s been blocked by chair–warming incumbents for decades. If his first two fights with the beaten establishment are ending illegal immigration and turning incumbents into refugees his popularity will skyrocket.

Conservatives have never had an advocate for term limits in the Oval Office. Past presidents were more concerned with making nice with Congress so it would pass their legislative initiatives. Trump would have a better chance asking Iran for a tour of its nuclear bomb plant than he would have getting cooperation from this Congress, so he loses nothing by advocating term limits.

The amendment would be perfect if it included a three–year lobby ban on retired officeholders or any member of their staff. In a single stroke Trump will have ended the incestuous Congress–to–crony pipeline on Capitol Hill. But I’ll settle for just term limits. A maximum of 12 years in the House and Senate combined.

In a single stroke, being elected to Congress will stop being the first step toward a lifetime of sucking the public teat. Instead those 12 years can be the capstone to a career spent in business or some other occupation outside politics.

Please spare me the crocodile anguish over “losing all those years of experience.” Here are the top three longest–serving Republican members of the House and Senate.

Two hundred and thirty two years of spending and expanding government wrapped up in six eminently forgettable politicians who all happen to hate Trump.

Just imagine the splash Trump would make with these two issues. Republicans at all levels would finally see how using a vigorous, consistent message can bring incredible pressure to bear. Trump can simply point out to voters that if eight years are enough for him, why are McConnell and his ilk so angry about getting 50 percent more time?

Once the amendment hits the states it’s all over for perpetual incumbency. Voters in many states already have term limits and the one’s who don’t still hold Congress in contempt.

Support Conservative Daily News with a small donation via Paypal or credit card that will go towards supporting the news and commentary you've come to appreciate.
Tags
Politics Term limits

Why My Synagogue May Change Its Prayer for America