Compromise in a free society should not come at the price of conscience. Too often nebulous ideas such as “civility” or “society” result in censorship, either people living in fear of upsetting people in proximity with their opinion and keeping quiet or, if they dare speak, being beat to death by the avenging angel of social justice, salivating from the mouth with words of self-aggrandizing moral indignation.

Instead, individuals are told to temper their extremism. Compromise. Go along to get along. Submit to consensus. Such is the price of society.

This is a pathetic rationale, as intellectually flimsy as it is pernicious.

It causes personal freedom to atrophy and die, for civil liberties under such a system seemingly belonging to everyone but the individual trying to exercise their rights. Always their ability to speak, to exercise conscience is abrogated by consideration for someone else’s.

This is a totalitarian definition of compromise, written in a pen chained to the government document that guarantees it, ensuring authoritative bodies can monitor how freedoms are exercise, ostensibly protecting parity.

Compromise in a free society means accepting the existence of competing systems of beliefs, countenancing the opinions of others with the understanding that personal right of conscience demands others be granted the exact same courtesy. Every difference of opinion is not a direct attack against other philosophies. Dissent is not inherently an act of disrespect or denigration.

Tolerance has taken on a radical definition. To those who fluently speak the modern political lexicon, anything other than sniveling obsequiousness and recalcitrance in the face of self-entitled whining is oppression, elitism, discrimination or a number of other pejorative platitudes that serve to empower the aggrandizers and their sycophants.

This is not tolerance; it is not even prejudice, for the artful practice of discretion, when used to filter out the meritorious from the base. This is intellectual totalitarianism and rhetorical fascism. And it is not parity. Value is given to certain viewpoints, not on the basis of whether arguments are persuasive or have empirical worth, but on the basis of who shouts the loudest. Public discourse, freedom of speech, of conscience are the obsequious foot servant of outrage, answering every outraged shriek with cowering deference.

A hierarchy exists, but it is not one where genuine agreement reigns, secure enough to tolerate the questions of minority voices. Organic hierarchy, that of true parity, which buoys ideas and values to prominence in society because there is genuine support amongst a plurality, is labelled divisive and deposed. And true divisiveness, which pits citizens against each other and makes a mockery of First Amendment protections, is crowned, a poor pretender.

Too much cannot be made of this. Yes, it is a matter of semantics, but semantics are crucial to expression, and therefore an exigent part of First Amendment protection. Only when false ideologies pervert semantics, making language meaningless by replacing a rich, varied lexicon that encapsulates expression with the lowest common denominator, dressing dirt in dross and selling it as gold, a cheap, imitation currency without intrinsic value, which destroys the worth of the genuine.

Support Conservative Daily News with a small donation via Paypal or credit card that will go towards supporting the news and commentary you've come to appreciate.
Tags
fascism public opinion tolerance tyranny 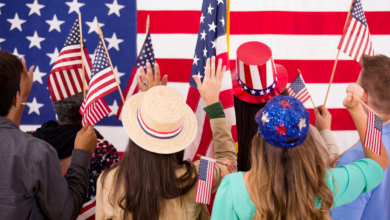