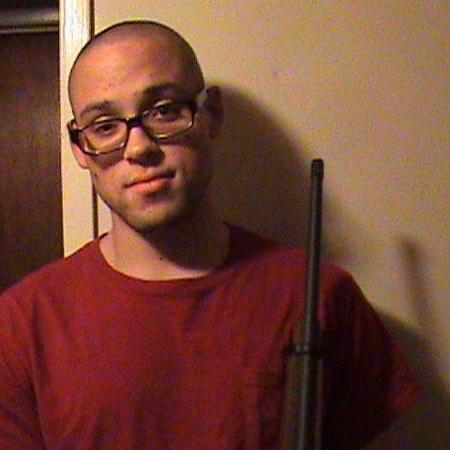 Less than six hours after the mass shooting today in Roseburg, Ore., President Obama called a press conference to demand new gun laws, a move he predicted would spur critics to accuse him of politicizing the issue which he did. Critics did not have to accuse him  “This is something we should politicize,” he said. Obama said he would continue to remind Americans they are “collectively” responsible for mass shootings.

“This is a political choice that we make, to allow this to happen every few months in America. We collectively are answerable to those families who lose their loved ones because of our inaction. Each time this happens I’m going to bring this up. Each time this happens I’m going to say that we can actually do something about it but we’re going to have to change our laws and this is not something I can do by myself,” Obama said.

He claimed Americans have become numb to this now. Numb? Numb? Maybe in his mind, but not the average American citizen.

He claims that states with the most gun laws have fewer deaths. He called for more gun laws. Well in this country there are more than 100 gun laws on the federal books and not counting state laws. How many more do you need? You don’t need more laws just enforce the current ones.

During today’s 12-minute address, President Obama referred to himself 28 times. (For those counting at home, that’s almost three times per minute.) In 12-Min Speech to America About Mass Shooting, Obama Refers to Himself 28 Times…

I think Obama’s remarks given when the bodies weren’t even cold yet or been identified, smacks of arrogance and are so despicable and disgusting and to say we are collectively answerable to those families because of our inaction and to infer that we are collectively responsible for mass shootings is a grotesque lie. If you watch the video in the link notice the egocentric self indulgent smirk on his face as he speaks.

When 15 kids were killed in Chicago this past week-end and 45 others killed last week there was no outcry from him.When Kate Steinle was killed in San Francisco he remained silent.  Now he speaks out and so soon after the tragedy yet.

Meanwhile there is suspicion that the shooter may have been recruited online by Muslim jihadists. Chris Harper-Mercer, 26, has been identified by law-enforcement officials as the gunman who shot and killed at least 10 people and injured 20 at a community college in Roseburg, Oregon, according to the New York Times. The fact that he asked the students their religion and if they said “Chrisitan” he shot them in the head and if they said any other he shot them in the leg. This plays key into this puzzle.

“He appears to be an angry young man who  was very filled with hate,” one law-enforcement official said.

According to the website Bare Naked Islam; “The Oregon gunman who killed 10 Christians  alleged MySpace page is filled with Muslim Jihadists and calls to ‘Kill the Jews.’The photos on his page show and Islamic crescent,a Koran,several Mujadeen fighters,mosques and other symbols .He might be a recent convert to Islam or an Islamic terror wannabe. BARE NAKED ISLAM | It isn’t Islamophobia when they really ARE trying to kill y

In an article by World Net Daily said:Harper-Mercer’s email address is also linked to another online identity used to post on torrent upload websites, reported Daily Beast. In a blog entry linked to the identity, Harper-Mercer wrote of his admiration for Vester Lee Flanagan, the former Virginia TV news reporter who gunned down two of his colleagues on live television in August.

People “like him have nothing left to live for,” Harper-Mercer wrote. “On an interesting note, I have noticed that so many people like him are all alone and unknown, yet when they spill a little blood, the whole world knows who they are. … A man who was known by no one, is now known by everyone. His face splashed across every screen, his name across the lips of every person on the planet, all in the course of one day. Seems the more people you kill, the more you’re in the limelight.” Gunman ID’d in mass shooting at college

The Oregon gunman who lined up his victims and asked specifically which ones were Christians before shooting them execution style had a special interest in “magick” and “spiritualism” and had joined a dating website called “Spiritual Passion.”

On the site, Christopher Harper Mercer, 26, who killed nine people and injured seven at Umpqua Community College in Roseburg before he was shot and killed by police, describes his politics as “Republican” and his interests as “killing zombies,” meditation, the occult and punk-rock music.

He also made clear that he had a disdain for organized religion.

Using the handle “IronCross45,” Mercer describes himself as a “not religious,” man who lives with his parents. He belonged to a group on the site who shared common interests in “magick and the occult.”

Under the category of “Religious Views,” Mercer wrote that he is not religious but is “spiritual” and was interested in “pagan” and “wiccan.”

He listed “vampire, piercings, psychic, tattoos” under the category of “Individuality.”

I agree with the below comments.

“Obama said he would continue to remind Americans they are “collectively” responsible for mass shootings.” And he says he will continue to tell us…that “we”, the public are responsible for any angry young man, filled with hate, who wants to be noticed. I have never committed ANY crime with a weapon, because I am a responsible owner, and not a nut case. Had the school allowed the on duty guard to actually have a gun, maybe this guy could have been stopped sooner. Banning guns only bans them from people who obey the laws, not from people like this….or the thousands of muslims he has flooded us with that will soon be committing heinous crimes against the innocent. My  heartfelt prayers to the families of the fallen, and my disgust to schools who don’t protect their charges.

The TRUTH begins to come out. I visited that website. It says:

He has been identified as Chris Harper-Mercer and the photos on his page show an Islamic crescent, a quran, several mujahideen fighters, mosques, and others symbols of Islam. He might be recent convert to Islam or an Islamic terrorist wannabe. And it shows the pictures. Media is trying desperately to scrub this guy’s true religious/political proclivities/affiliations.