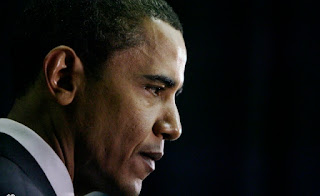 As election day draws near and the presidential campaigns execute their final strategies the winds of success appear to be at the backs of the Romney/Ryan team, and it’s not too imperious to envisage a Romney/Ryan victory. It appears that a significant part of the electorate agrees with the title of Niall Ferguson’s cogent essay entitled “Obama’s Gotta Go”. As we eagerly await their promising triumph on November 6th and, risking impetuousness, we deign to contemplate what a Romney presidency will resemble in its maiden year.

From any perspective, looking forward, President Romney will undoubtedly have to play the part of America’s master repairman.  He has the unenviable task of repaving America’s avenue of exceptionalism, a road rendered potholed and fractured by the Obama administration. There are considerable fixes Romney the new renovator-in-chief must undertake, and if anyone is deserved of a “blame Obama” free pass it will be the new Chief Executive. But leaders don’t blame, they take responsibility for their actions, so it’s doubtful President Romney will exhibit behavior beneath his character and the office of the presidency.

President Romney will have to refurbish America’s ruptured domestic economic environment laden with Obama’s absurdist wealth redistribution policies and profligate spending sprees. He will have to remake a hegemonic America in decline due to President Obama’s feckless appeasement of America’s enemies and indifference and disregard towards its allies. But perhaps President Romney’s most daunting task for renovating America’s path of exceptionalism will be to restore a united America torn asunder by an Obama-led class warfare crusade. A crusade pitting American against American to assuage his personal disdain for a hallmark of Americanism embodied by the freedom loving rugged individualist who takes personal responsibility for their successes and failures. These are the very Americans President Obama fears and derides because he cannot control their independent spirit, intimidate their freedom of thought, nor render insecure their confident natures.

While a Romney presidency is committed to a renewal of American exceptionalism, the Obama presidency is only a remembrance of unfulfilled promise. The 2008 Obama pledges are legendary for their hollowness and now have the status of a parlor joke, to wit, “how is that hope and change working out for you?” Space does not permit the entire smorgasbord of utopias (over 500 by some accounts) offered up by candidate and President Obama. But because of their far-reaching consequences a few warrant call outs to capture the essence of his disappointing term. Candidate Obama professed he would revolutionize American governance by replacing backroom political cronyism with a presidency that would be “the most transparent administration in the history of our country”. It was candidate Obama who swore that he would reduce the national deficit in half by the end of his first term. In 2009 President Obama guaranteed that unemployment would be at 5.2% at the end of his first term and there would be 3% to 4% GDP growth in the final three years of his first term. There were the President’s infamous assurances that his ObamaCare legislation would be budget neutral, reduce premium costs and allow individuals to keep their existing coverage. The President avowed he would commence a “new beginning” between America and the Arab world through his policies of appeasement toward America’s enemies. These and the preponderance of other hopeful pieces of paradise promised by an Obama presidency are relegated to a wasteland of deceit and deception.

Obama partisans are chock full of excuses for the president’s fiascos.  Some justify President Obama’s failures due to his executive inexperience, so perhaps Mr. Obama ran afoul of one of the cardinal rules of business, which is to never over promise and under deliver. But his devotees also plead that now since that he has gotten his feet wet give him four more years. But, to quote one of Vice-President Joe Biden’s few lucid remarks, “…the presidency is not something that lends itself to on-the-job training.” Some of the president’s acolytes have chalked up his failures as a consequence of his predecessor’s policies igniting the “blame Bush” strategy. If that is at play, and since every president inherits some undesirable policies and unfavorable domestic and geo-political environments, then it is reason enough to man the Oval office with someone who can live up to the challenges of the presidency. Finally, in keeping with the Obama finger-pointing presidency, the President’s disciples accuse the republicans in congress of partisanship and obstruction. This is mendacious and preposterous given that the Obama policies, which laid the groundwork for America’s current decline, were undertaken in the President’s first two years in office, a period in which the democrats controlled both the Senate and the House of Representatives.

The Obama presidency was unique for both it’s promise and it’s fortification. Without any notable experience to speak of on the part of candidate Obama an adoring mainstream media colluded with an ingenious presidential campaign to successfully fabricate the illusion of a candidate that was infallible and omnipotent. Candidate Obama was lauded and praised as the savior for the woes of the American Republic and he would right the injustices of the past with a wave of his majestic hand. From the failed, pork ridden stimulus to the Benghazi tragedy with flyovers to ObamaCare, Solyndra and his Middle East “American Apology Tour” the media’s coddling continued into his presidency while President Obama’s advisers strove feverishly to enable, defend and rationalize his failures. But the President’s aura of entitlement and enablement were ironically the causes of his failures and disappointments.

However it was how he failed that signifies the tragedy of his presidency. America’s post-modern presidential version of the “emperor with no clothes” luxuriated in praise and fumed at criticism. Handed every opportunity to succeed he stubbornly ignored the obvious manifestations of his failed socialist ideologies. He dug in his heels insisting on an economic agenda that wreaked havoc and misery on the middle class, the very group he claimed to champion in his class warfare campaign. His lethargic foreign engagement characterized as “leading from behind” emboldened America’s enemies resulting in a much more dangerous and tumultuous world for America than when he took office.

In spite of the dangers to America’s economic and international well being, the future of the Republic and his disregard for his oath of office the President was obdurate in his single mindedness. The Constitution is clear as to the president’s responsibilities and President Obama disregarded his solemn oath which was “to the best of my ability, preserve, protect, and defend the Constitution of the United States.” Perhaps it is his ability that is at issue.

But the time for entertaining excuses or conjecture is over. In the parlance of the President’s many “let me be clear” moments it is now history’s time to write the Obama epitaph. Historians, unlike the President’s sycophants, will not justify his failures nor inoculate his shortcomings. As with all Presidents Mr. Obama’s presidency will be reviewed and recollected historically on the merits of his accomplishments. He was dealt a hand that he willingly accepted and he failed to deliver. It was President Obama’s personal decision to selfishly satiate his personal dogmata at the expense of his sworn responsibility to act as steward of America’s welfare. For that reason he shall not be forgiven, and for that reason the Obama presidency’s epitaph will forever be known as an unredeemed presidency.

Support Conservative Daily News with a small donation via Paypal or credit card that will go towards supporting the news and commentary you've come to appreciate.
Tags
Barack Obama Mitt Romney Politics The 2012 Election 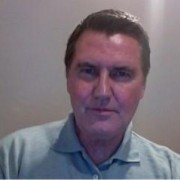